Announcing The Most Anticipated FREE World Premiere Screening of Gaia's Highly Popular Series Ancient Civilizations Season 3.
RESERVE YOUR FREE SPOT follow this link -http://bit.ly/Ancien...lizations_Fr...
Erich von Däniken Did Extraterrestrials Interact with Mayan & Incan Empires?
Erich von Däniken guides us on a journey through ancient American sites where megalithic structures depict extraterrestrial beings interacting with cultures predating the Mayans and Incans.
We will find reflections of a time when the gods descended from the sky and became mentors to burgeoning human civilizations.
These can be found along the Street of the Dead in Teotihuacan and the pyramids in Tikal.
EVD Foundation, Media Invest Entertainment 2020, All Rights Reserved.
Channel Managing Agent Zohar Entertainment Group International Inc, New York

Announcing The Most Anticipated FREE World Premiere Screening of Gaia's Highly Popular Series Ancient Civilizations Season 3.
RESERVE YOUR FREE SPOT follow this link -http://bit.ly/Ancien...lizations_Fr...
Could evidence that the gods created humans in their own image be found all over the world.?
We may be inclined to accept these gods and angels as spiritual beings, but we will see that they are bound to the physical realms, just as we are.
Ages before the first human set foot upon the Earth, extraterrestrial civilizations planted their genetic seeds on a world rife with life.
Over the course of pre-history, these beings returned to guide their progeny, forming viable cultures and advancing technology.
EVD Foundation, Media Invest Entertainment 2020, All Rights Reserved.
Channel Managing Agent Zohar Entertainment Group International Inc, New York

Erich von Däniken - Signs of the Gods... From Crop Circles to Petroglyphs

RESERVE YOUR FREE SPOT follow this link -http://bit.ly/Ancien...lizations_Fr...
Erich von Däniken reveals the signs that suggest advanced beings have had a long-term presence upon Earth.
In ancient times, when the gods walked among us, they left their mark scrawled upon the Earth.
As these extraterrestrial beings scoured the barren landscapes for their needed resources, primitive human civilizations did their best to emulate the markings left behind from advanced technology.
This may be the primordial cause for phenomenal sites such as the Nazca lines in Peru.
As we traverse through modern times, could these gods still be leaving us signs of their existence through the widespread appearance of crop circles?
EVD Foundation, Media Invest Entertainment 2020, All Rights Reserved.
Channel Managing Agent Zohar Entertainment Group International Inc, New York

The Ancient Indian texts describe strange flying vehicles that had the capabilities of verticle lift and hovering.

These strange craft were called Vimana's and there were 12 varied types.

Erich von Däniken reveals some of these remarkable discoveries.

Erich von Däniken explains that advanced extraterrestrial species helped ancient ancestral civilizations build stone monuments which tracked the periodic movements of the heavens.
Remnants of these stone-age astronomical megaliths can be found with Stonehenge,
the dolmen in French Britany and Gobekli Tepe, just to mention a few.
Our forefathers in the stone age adored the night sky, but the little twinkling lights in the curtain of night were a profound mystery to them.
As they found patterns in the movements of the stars and planets,
they built monuments to track these arrangements.
But they were not alone, as they had help from another world to construct and align massive stone structures.
EVD Foundation, Media Invest Entertainment 2020, All Rights Reserved.
Channel Managing Agent Zohar Entertainment Group International Inc, New York

Erich von Däniken - The Ancient Gods of the Mayan Civilization

By examining sacred sites, sculptures and scriptures from the Mayan civilization, Erich von Däniken reveals that the ancient gods in the Mayan world were extraterrestrial humanoid beings.
Primary among them is Quetzalcoatl/ Kukulkan who descended from the heavens to bring advanced teachings to humanity.
Depictions of even more of these descended beings
can be found all across Central America in the holy sites of Tikal, Chichen Itza and Tulum.
The date of their original descent is encoded within the Mayan calendar which may be confirmed by the findings in an ancient tomb under the pyramid in Palenque.
EVD Foundation, Media Invest Entertainment 2020, All Rights Reserved.
Channel Managing Agent Zohar Entertainment Group International Inc, New York 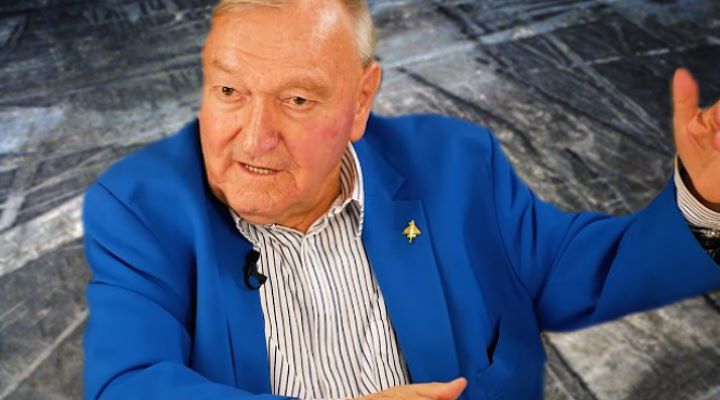 Erich von Däniken reacts to the accusations of racism against him in the following statement. 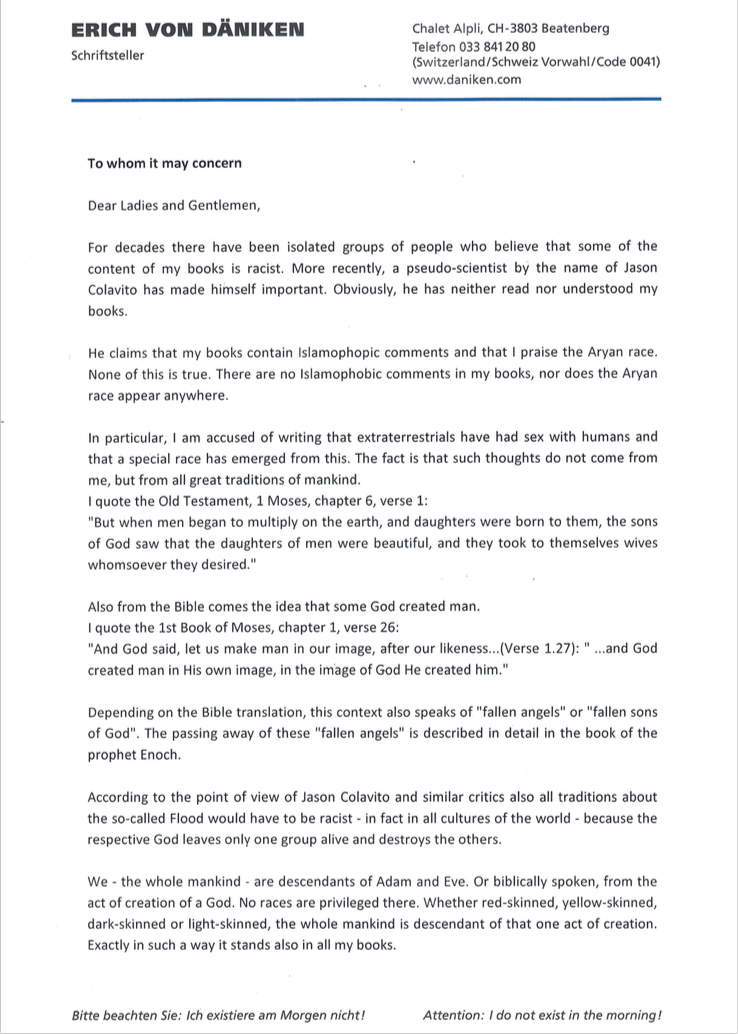 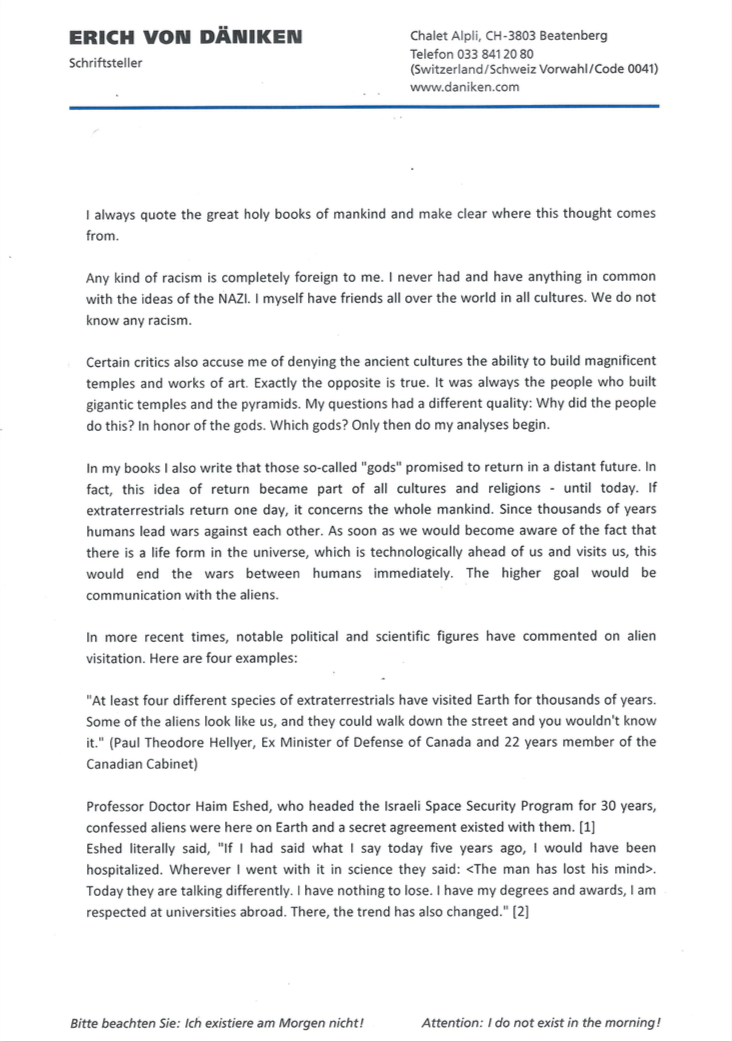 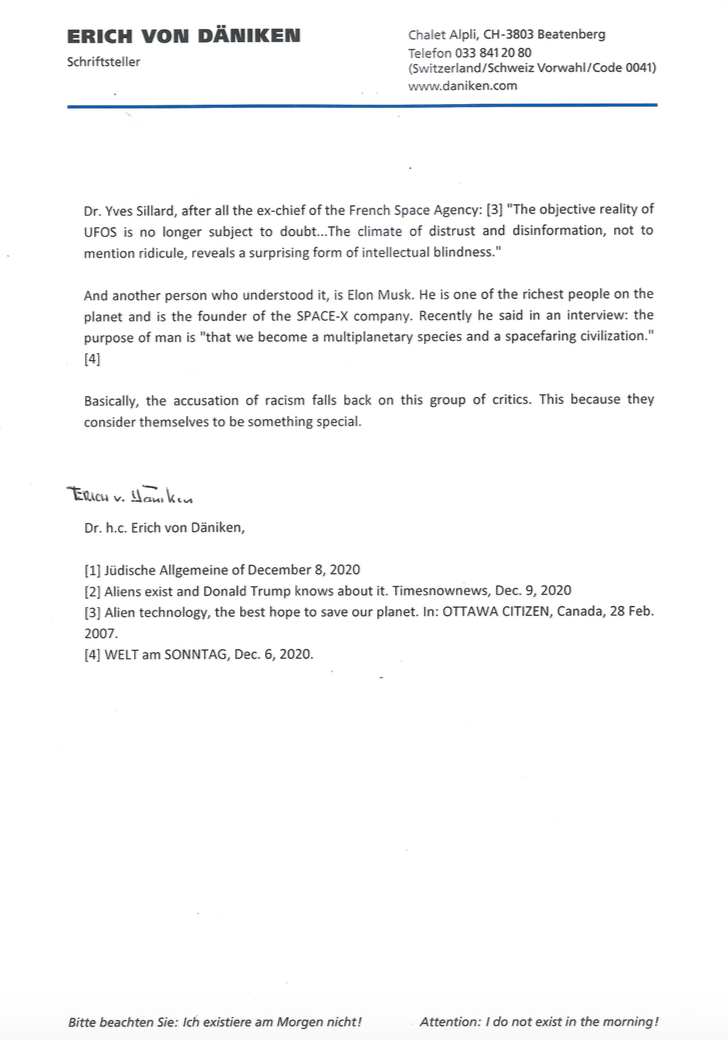