Check the link below:

Technology and Electronic Music can convey a lot of romance and a lot of poetic elements.

The listener can imagine his own story, his own movie in his mind when he listens to instrumental music.

The listener's own creativity is very much welcome.

In this movement of the album, the music is carried by the wind travelling through some chaotic aquatic sounds on an imaginary path from left to right.

If the wind could speak. 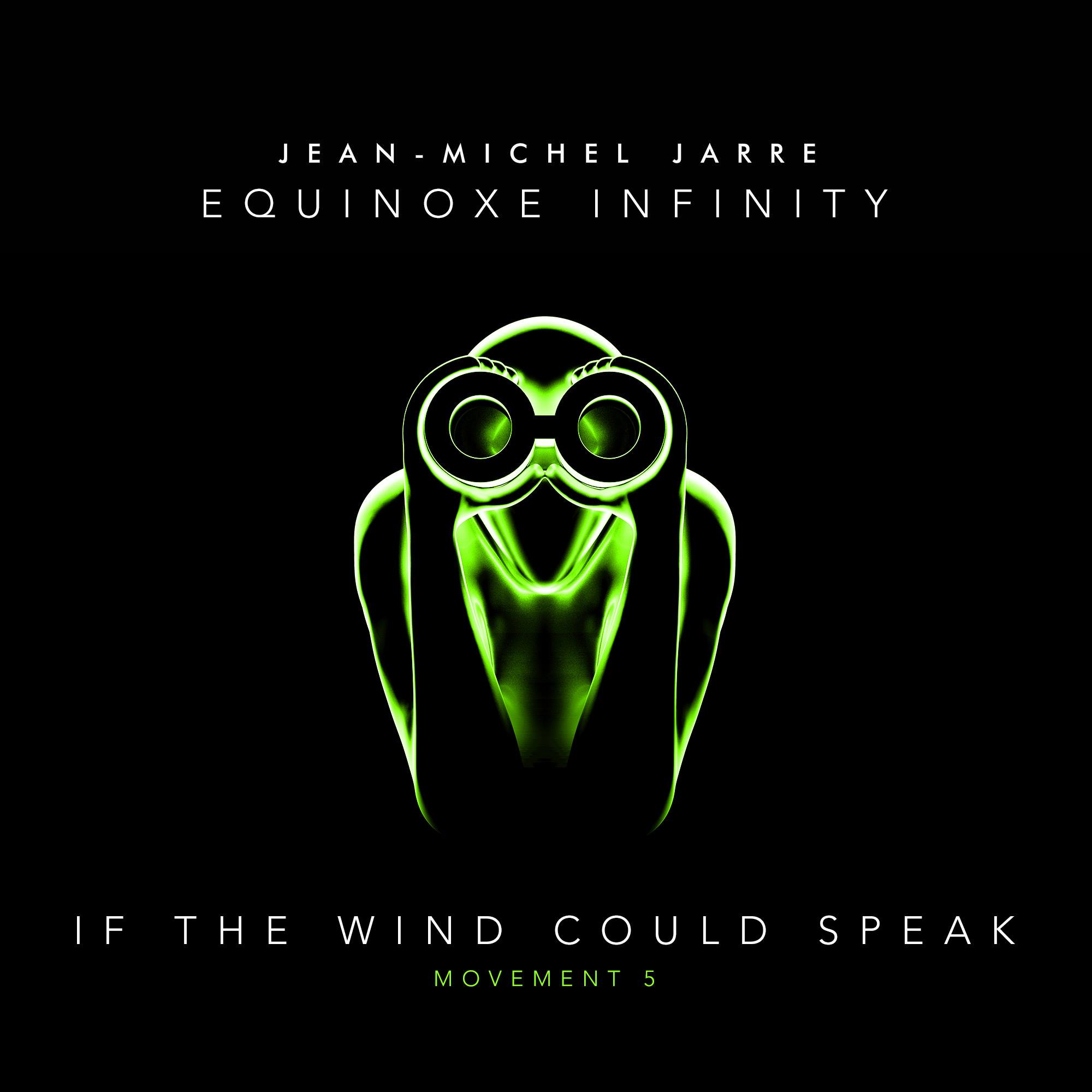 Discussion of the installation of computer at Ames. (Original Source Nasa)

Machines are observing us and are learning random information about us humans, the remains of our history, of our obsolete technology, language and dreams...

We don’t know yet.

I've signed a test pressing of Equinoxe and one of you, who pre-ordered the album, will win it. 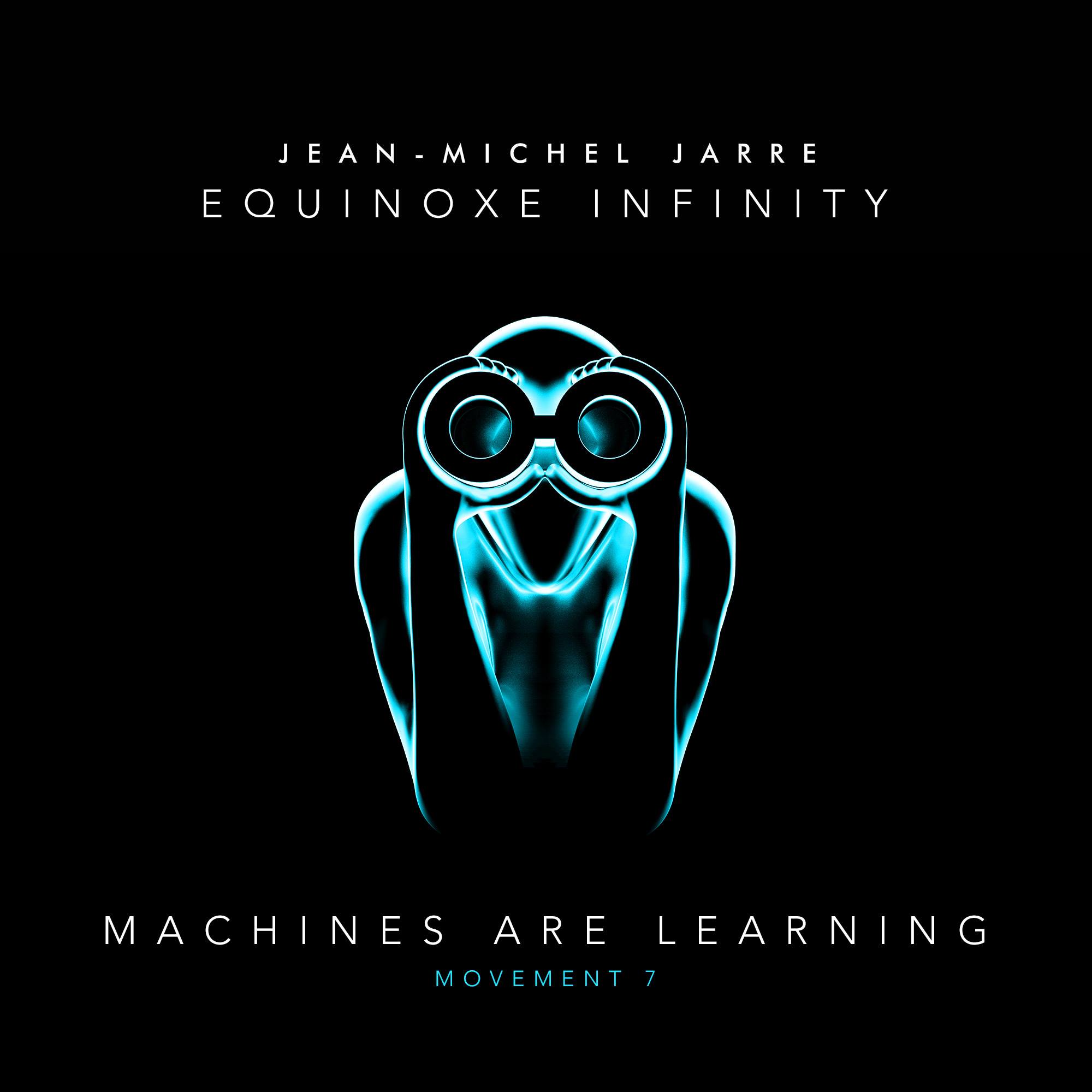 One reason why I love instrumental music so much, it is the soundtrack of the story you can create in your mind.

Ludwig is one of the 2 or 3 most important musicians of all time.

Podcast with a bonus about "Sounds of Oxygene".

Thanks again Matt Berry for the fun conversations and the time you took to visit me in Paris.

For everyone listening - I hope you enjoyed it as much as I did.

If there is anything else you are keen to know, maybe we can continue this series.

Please let me know in the comments what you thought of it. 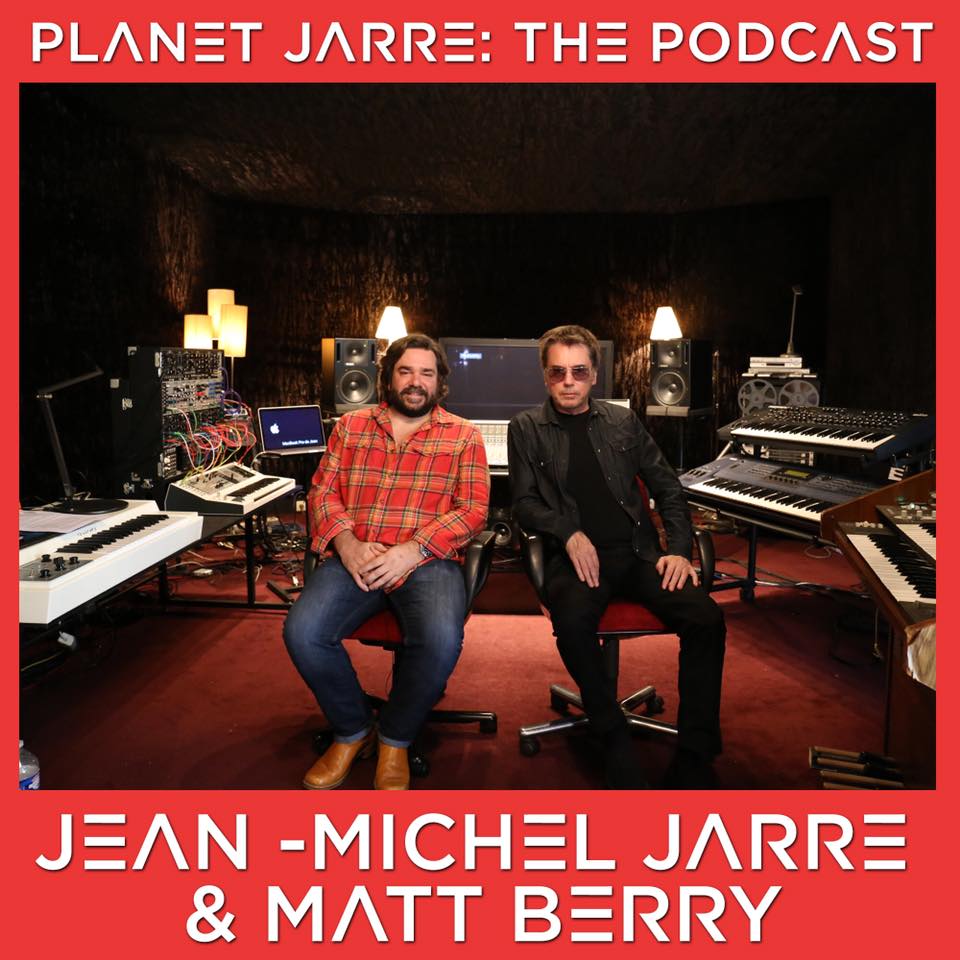 Here is another video clip we created for Planet Jarre.

This one is for Heart of Noise from the Electronica Record.

Robots Don´t Cry is the track I get asked about most in Interviews.

It really seems to leave an impression on people.

So I wanted to make sure you also get to listen to it sooner rather than later.

Audio on all streaming plattforms: https://jean-michel-...k.to/RobotsDCry

First composed this track for this album, before I played it at the Coachella Festival in the summer of 2018: I thought that this piece would be a great opening-track for my festival-appearance and for my US-tour.

Actually, that led me to work on the live-version before I recorded the studio-version with a different approach.

So, both pieces are related to each other, but they are not exactly the same.

For the studio album I went back to my original idea, which is kind of a momentum where a huge gate is opening onto something & somewhere else - Watchers opening doors onto virgin territories, the future being virgin territory for us.

'The Opening', was never meant to be the opening for the album but more as a passage to a next stage. 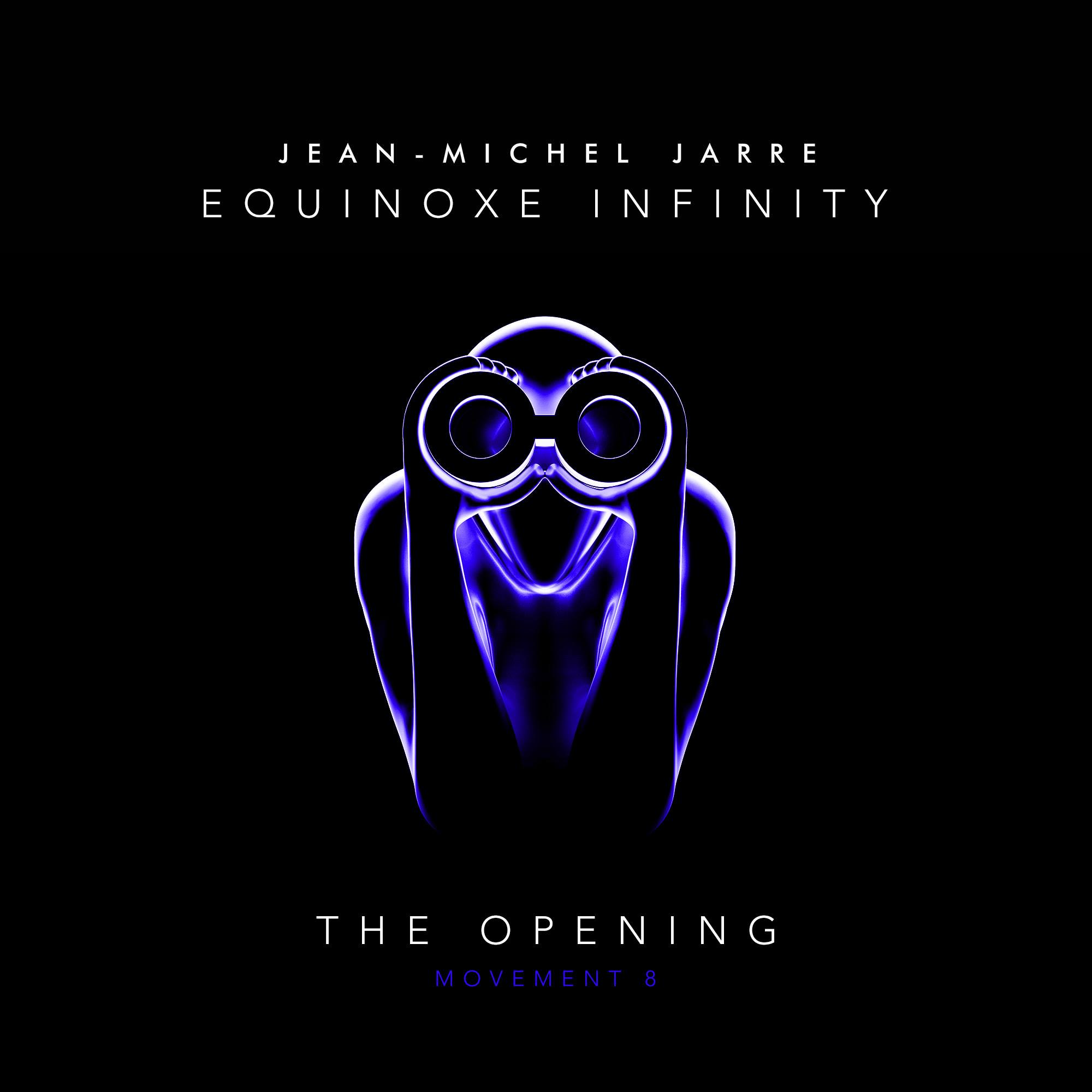 Just stopped by at Zenith on my way to Belgium to salute David Byrne and attend his fantastic show.

A rare moment of perfection! 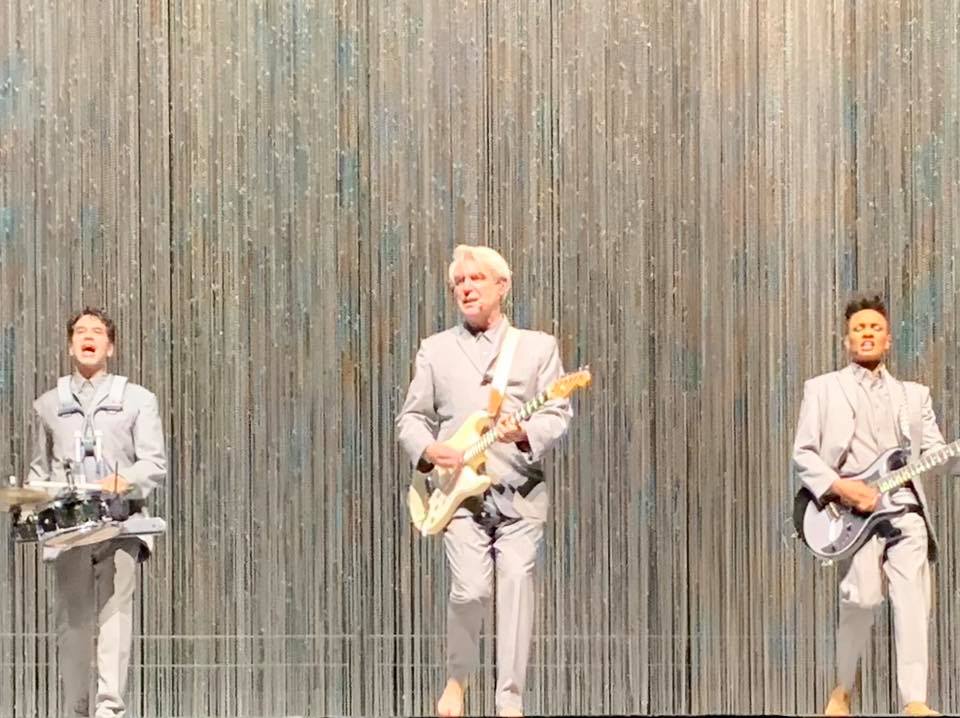 Thanks for all the great feedback on ROBOTS DON'T CRY.

I really appreciate it.

Remember you can win a signed copy of the album Test Pressing following this link - https://bit.ly/2D4US8W

Do you feel watched?

Thank you for the nice review!

This is INFINITY the very last track to be pre-released before EQUINOXE INFINITY will be released next Friday.

With INFINITY I wanted to create a bridge, a connection with the first ‘Equinoxe' album with a piece of music that is rather joyful, just like 'Equinoxe Part 5' was.

It’s easy to be dark, I always thought it is always more difficult to create joyful music which had a certain kind of hidden melancholy attached to it.

Parts of the first 'Equinoxe' album were like that.

When I worked on this piece of music, I was thinking about these timeless Watchers looking at us in a virtual reality environment, us trying to survive in a hectic VR game with no real beginning and no real end, trapped in a world of "infinity“.

Listen to the track here: https://jean-michel-....lnk.to/mvmnt_6 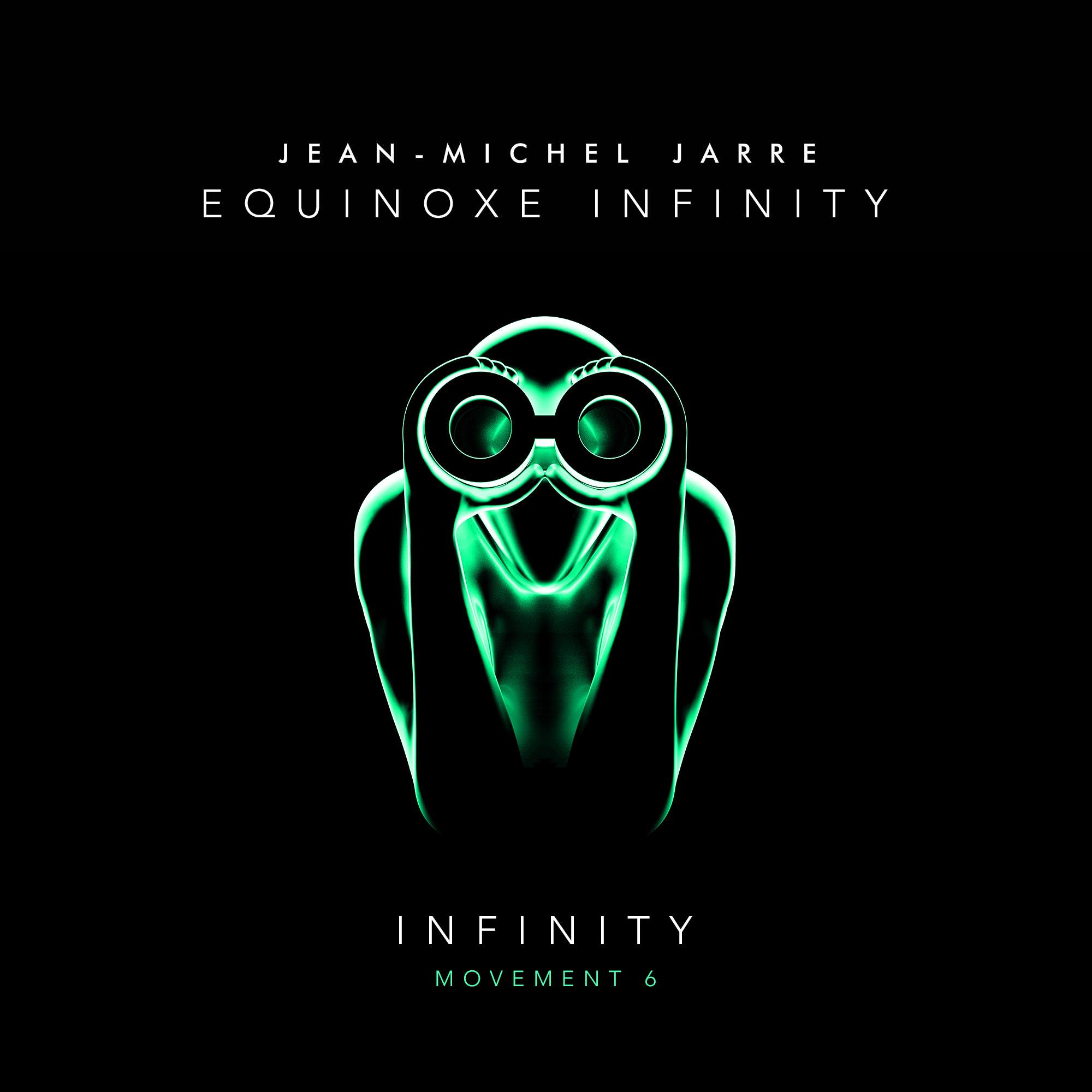 I started this piece with quite a simple idea.

I had in mind the image of travelling on an endless road.

This journey could last an entire life.

It also conveys the simple idea of being able to leave the past behind in order to build the future, having learnt from the past.

Once you gained knowledge from the past, you can look into the future, you don’t need to look back. 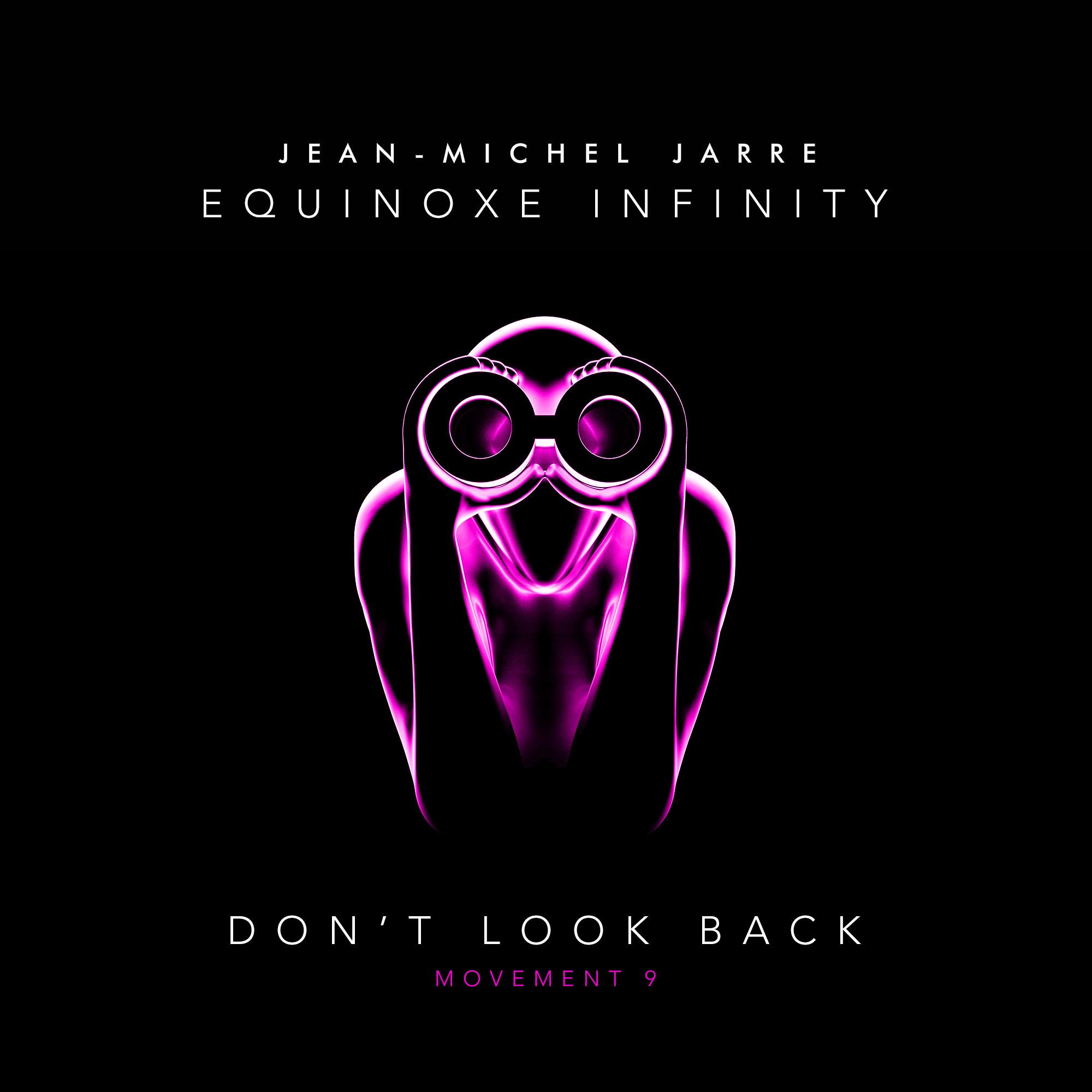 When I received the Stephen-Hawking-Medal last year, Professor Hawking shared with me that he believed that there will come a time when we will have to leave Earth for another planet, if we want to survive.

I like the idea of us becoming gypsies of time and space, moving somewhere else in order to survive, just leaving some audio information behind us on our way to find a place to live better nights and days, on our way to find ‘Equinoxe Infinity’. 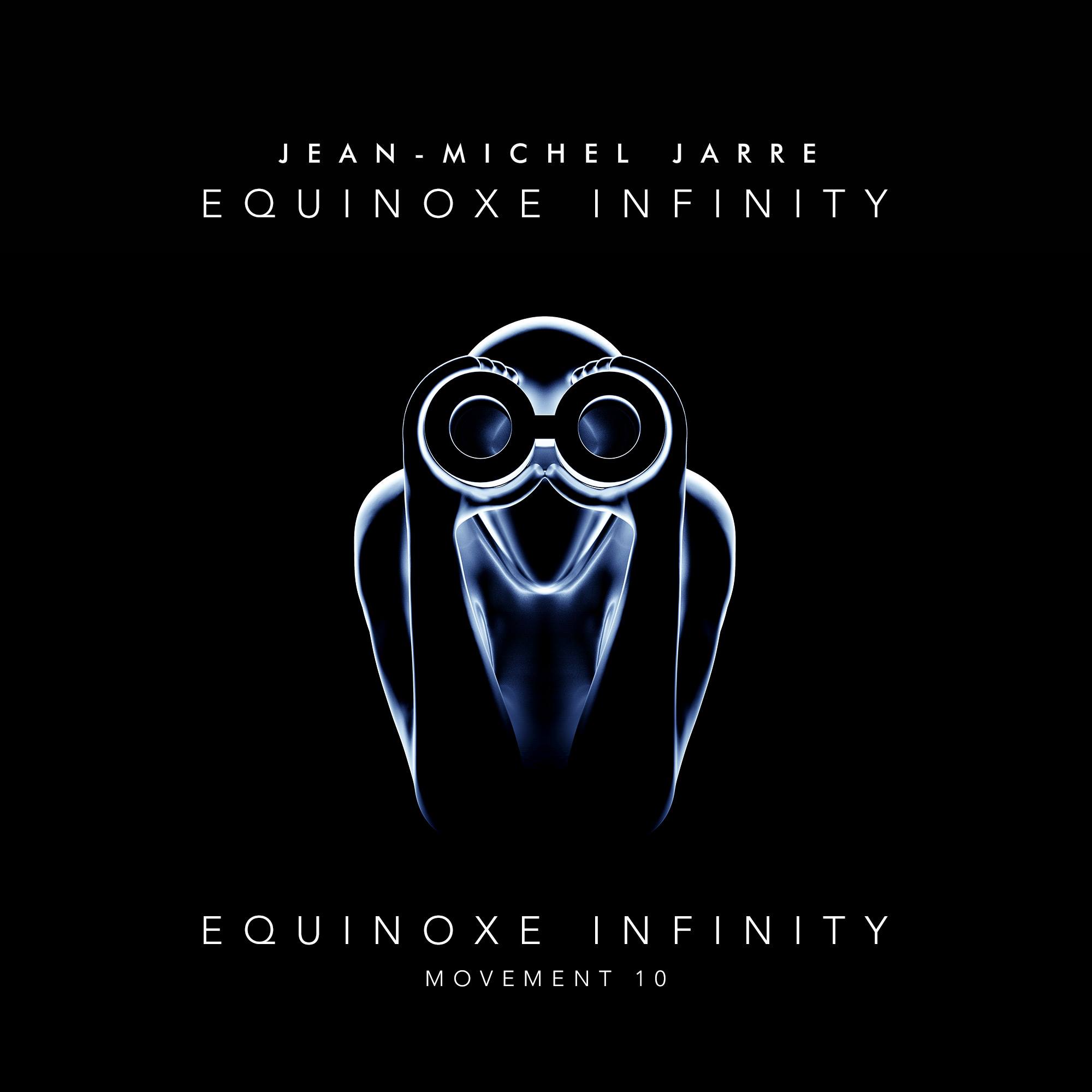 Tomorrow to the date 40 years ago EQUINOXE was released.

I used the Watchers and what might have become of them as an inspiration to EQUINOXE INFINITIY.

I think Filip Hodas did a fantastic job in creating the two worlds I saw for the music of the album.

This is a little throw back to 1979 to the beginning of the EQUINOXE story. 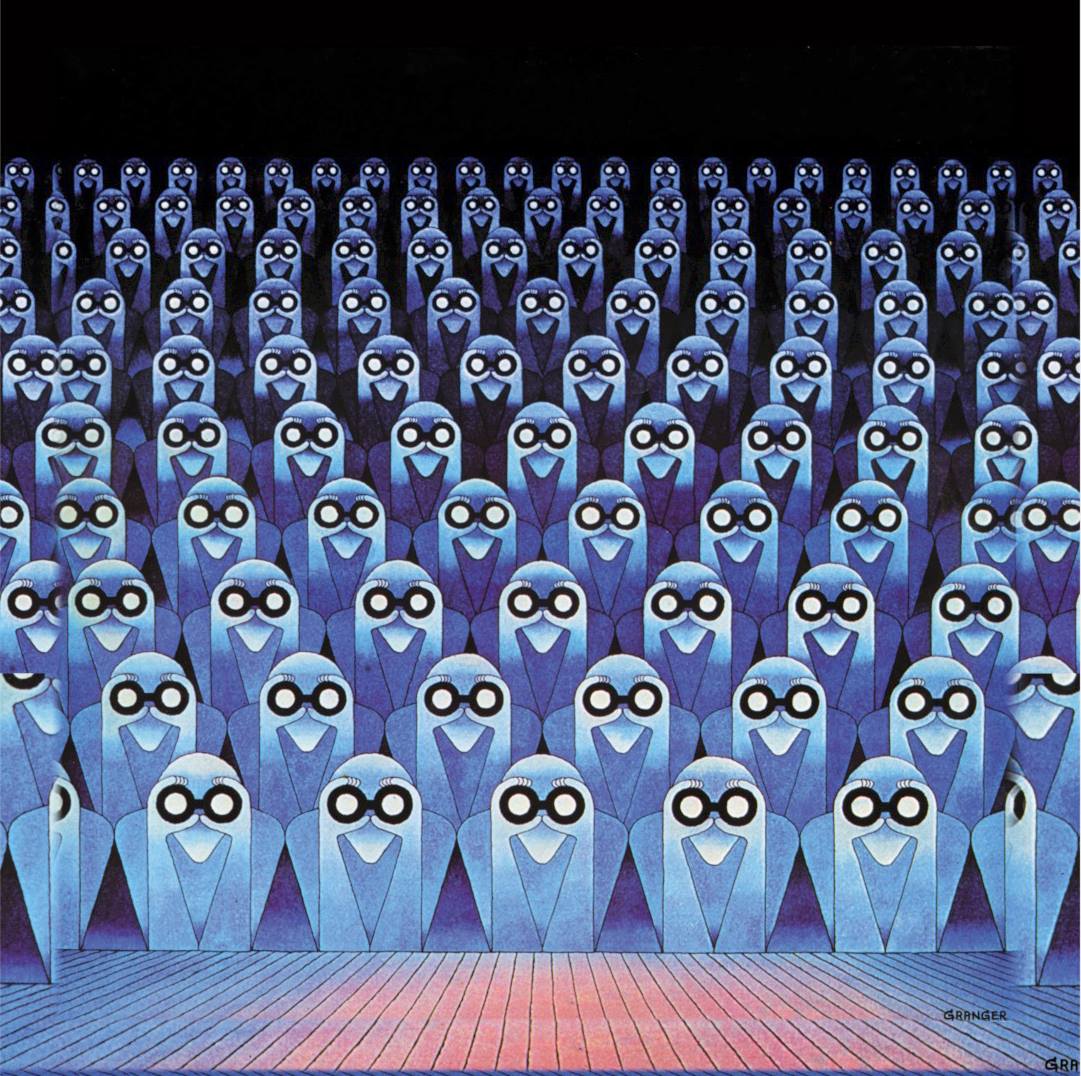 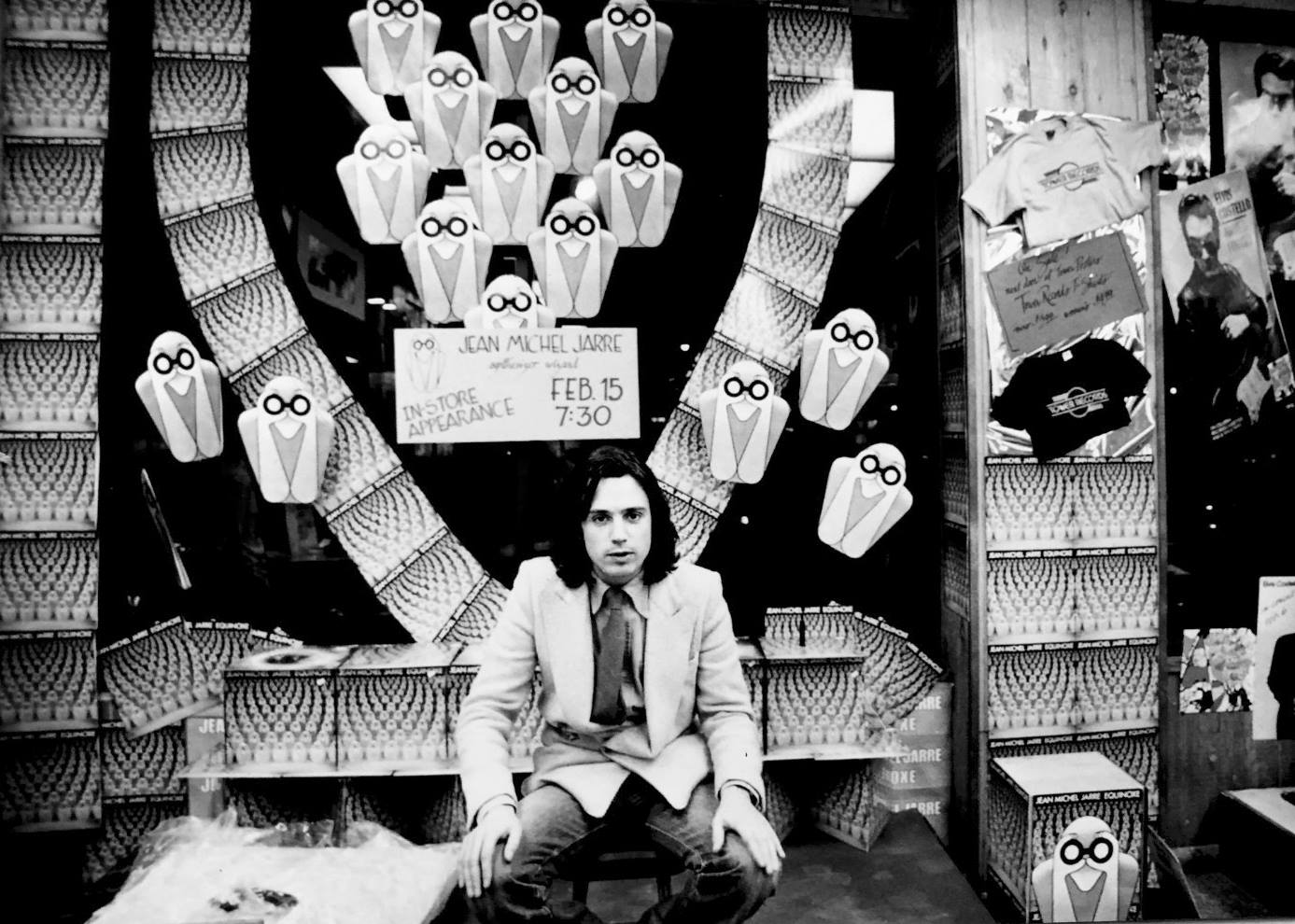 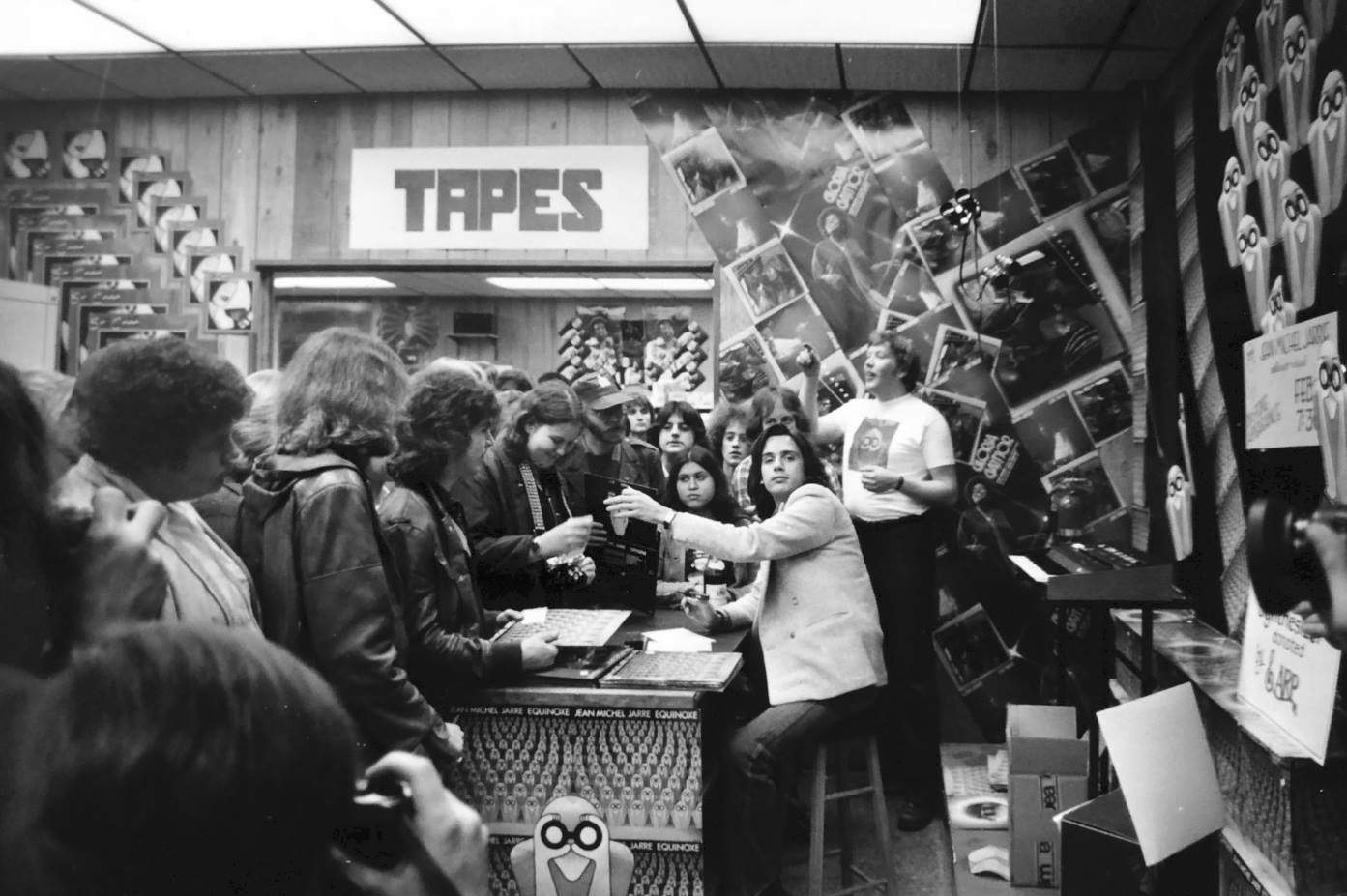 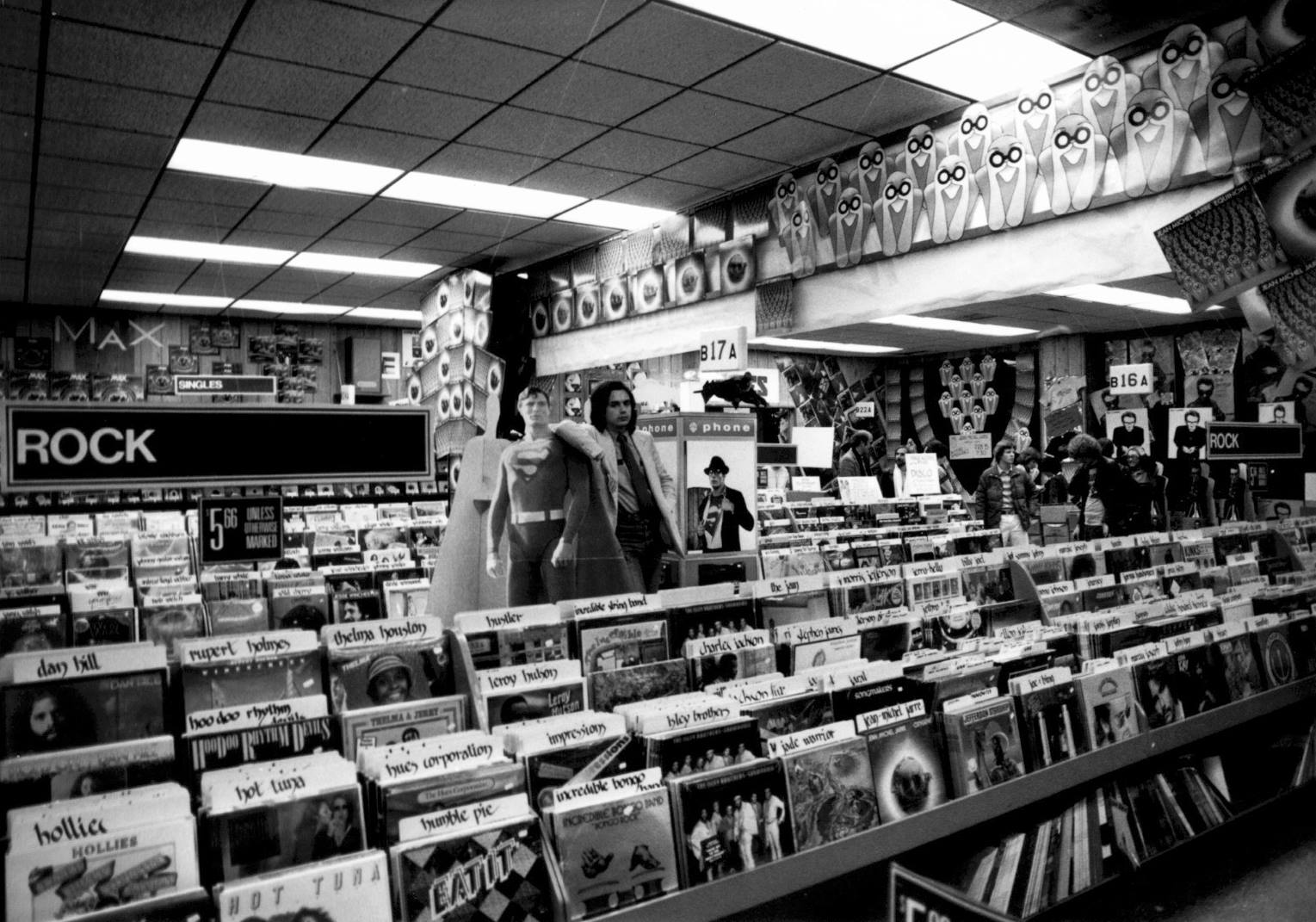 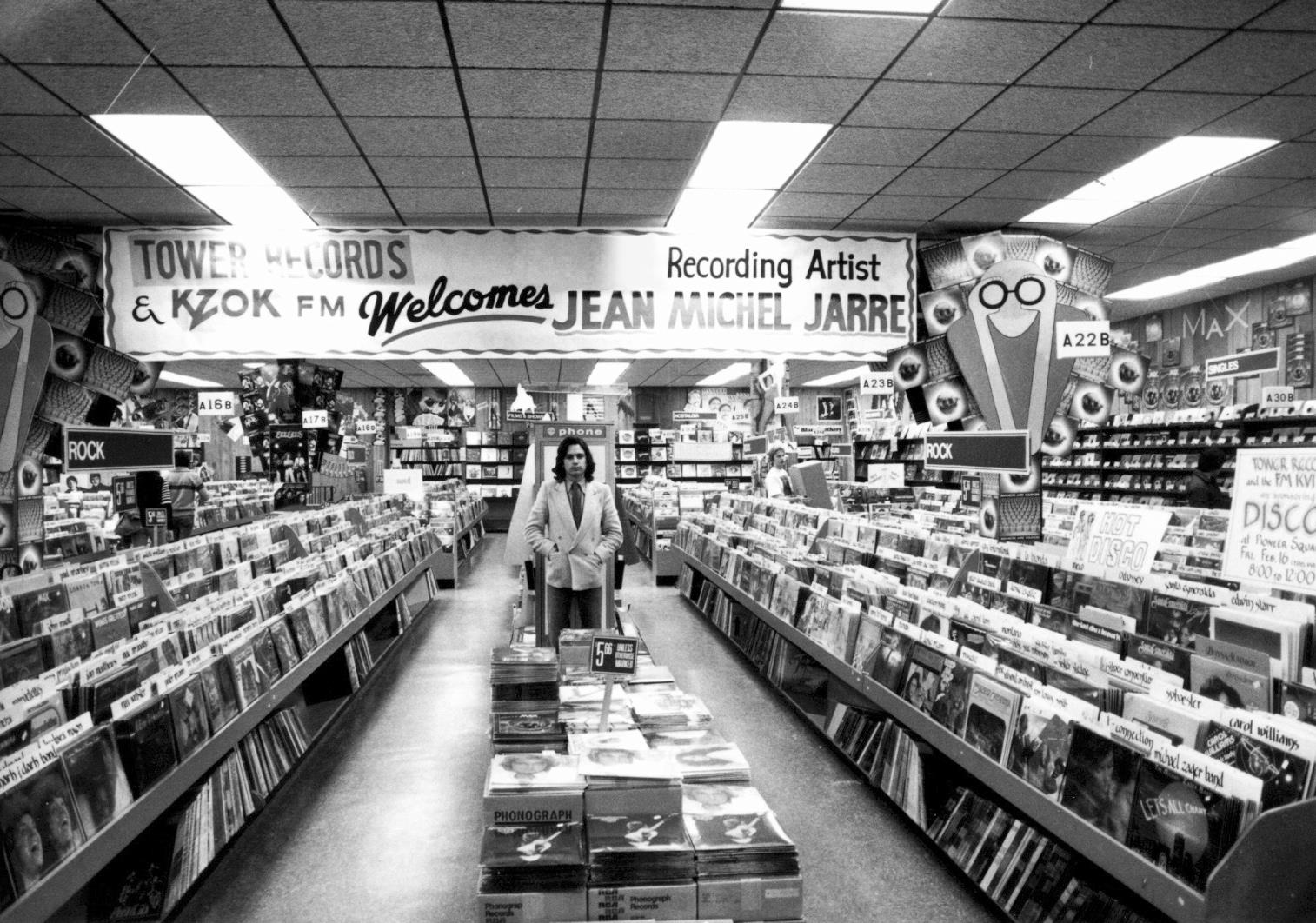