The crown jewel of the Green Music Center is undoubtedly the 1,400-seat Joan and Sanford I. Weill Hall which opened in September 2012 and is considered one of the most acoustically superb concert venues in the world.

Designed by architect William Rawn, theatre consultant Auerbach Pollock Friedlander and acoustician Lawrence Kirkegaard, Weill Hall was designed to replicate the intimacy and acoustics of both Vienna’s Musikverein and Symphony Hall in Boston.


Weill Hall is modeled after Seiji Ozawa Hall at Tanglewood, including a back wall that can be fully opened onto the beautifully landscaped and terraced Weill Lawn.

The 1,400 handcrafted seats within Weill Hall were built by the 200-year-old Fancher Chair Company.

Made of European steamed beech wood, the chairs feature an open back designed for acoustic-neutrality whether the seat is occupied or empty.

Seating in Weill Hall is divided amongst a raked orchestra floor, two upper balconies and a choral ring behind the stage.

The third floor balcony boasts spectacular views of the Sonoma Mountains through large windows on the north and east walls.

The variable acoustics of the hall are acheived through the use of motorized fabric banners on the east and west walls.

By adjusting these banners, the hall can be fine-tuned for the specific genre of music being performed - from a single vocalist to a full orchestra setting. He’s performed all over the world many times. Now, in a first, Grammy and Golden Globe-winning Artist Kitaro will perform in Eastern Europe with a full-orchestra on his "Kitaro’s 2014 Symphonic World Tour”

Check out this tour promo for Premiere Performance in Santa Rosa, CA and share it with your friends!

'This is my dream," Kitaro says simply.

He's speaking of the transformation of some of his most famous electronica melodies into fully orchestrated tone poems.

It's not a new idea, just one that has taken a long time to realize for the Japanese composer, whose elegantly melodic instrumentals helped define the emerging "New Age" genre beginning in the late 1970s.

Although he was encouraged to explore the tonal potential of early synthesizers by Tangerine Dream's Klaus Schulze, and did so with great success, he longed for more.

"The synthesizer can create strange sounds, but [an] orchestra has its own beauty," he says.

"[From] the beginning of my career, always I'm focused on the actual acoustic sounds."

When director Oliver Stone tapped Kitaro to write the score for his 1993 film Heaven and Earth, a large studio orchestra recorded the soundtrack.

It was, the composer says, "soooo good.

So, little by little, the last 20 years, my music is moving toward the real orchestra."

And now, he adds, "the opportunity of working with the Santa Rosa Symphony, this is my dream."

For the orchestra, however, it was a surprise.

An out-of-the-blue call from Sonoma State University music professor Brian Wilson in November introduced the possibility, and when Kitaro's desired Feb. 14 date turned out to be narrowly available (subscription concerts had long been scheduled for the rest of the weekend), planning accelerated, and the unusual joint performance was announced just a few weeks later.

"They didn't hire us as 'the band,'" Silow states, "We're partners in the whole production."

This concert will include music from Kitaro's best-known recordings, such as Silk Road, Thinking of You and Kojiki.

After this week's premiere with a scaled-down version of the Santa Rosa Symphony—roughly 40 strong—the program continues with half a dozen other performances, and with other orchestras, in Russia, Eastern Europe and possibly some later dates in Southeast Asia.

The show could also tour the United States late this year.

Other projects also await Kitaro: a new collaboration with percussionist Mickey Hart and the completion of his ambitious Ku-Kai Project, a series of 88 compositions that incorporate the sounds of the temple bells from the 88 temples that ring Japan's Shikoku island.

He's written and recorded 39 so far, and expects the remainder to occupy him for four to five years.

But now his priority is to finalize the set list, complete the orchestrations (with his long-time band leader Stephen Small, who will also conduct) and prepare for the single three-and-a-half-hour rehearsal with the symphony musicians.

But even with strings, brass, woodwinds and percussion—and, of course, Kitaro's own six-piece electronic band—there's still one element missing.

"I think, still, the voice is the best sounding instrument," he explains, "so I will do some surprise for the audience this time.

"One song I will sing myself."

Concert will include performances of Kitaro’s most memorable music from Silk Road and Kojiki.


This will be the only one show in the US, so please don’t miss it!

Sound Checking with the orchestra now... 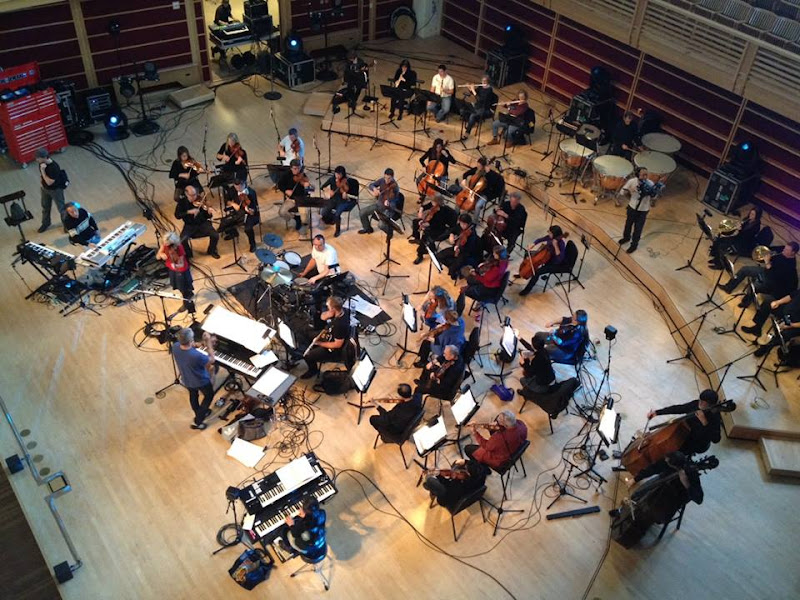 Here are some pictures from 2/14 Santa Rosa Premiere Performance! 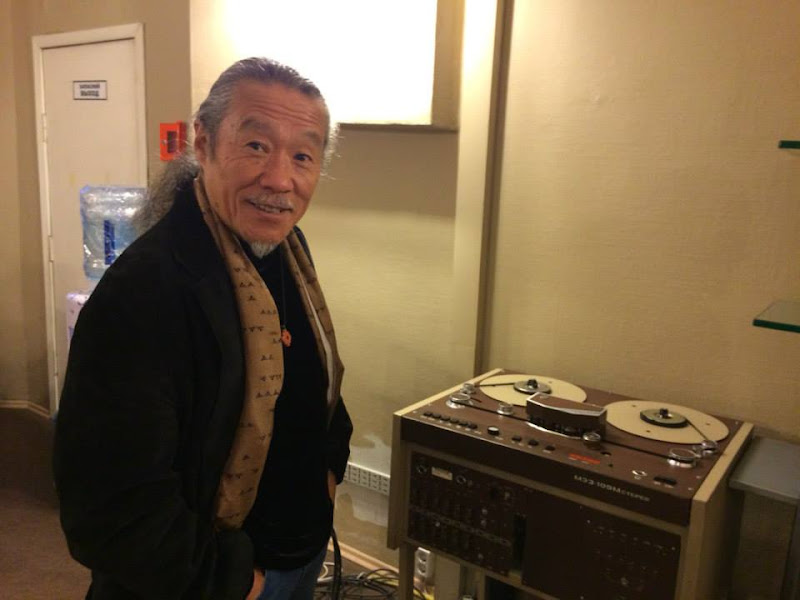 Kitaro at the radio station

Check their Facebook to see the interview on Feb. 18th 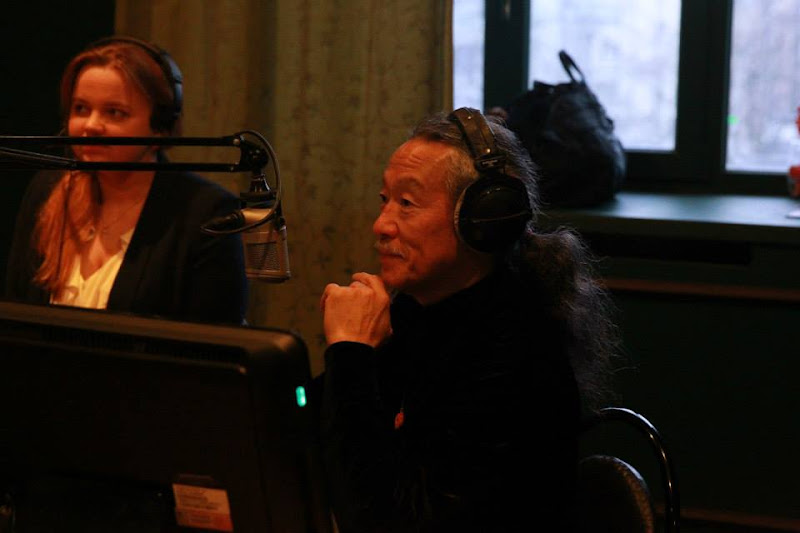 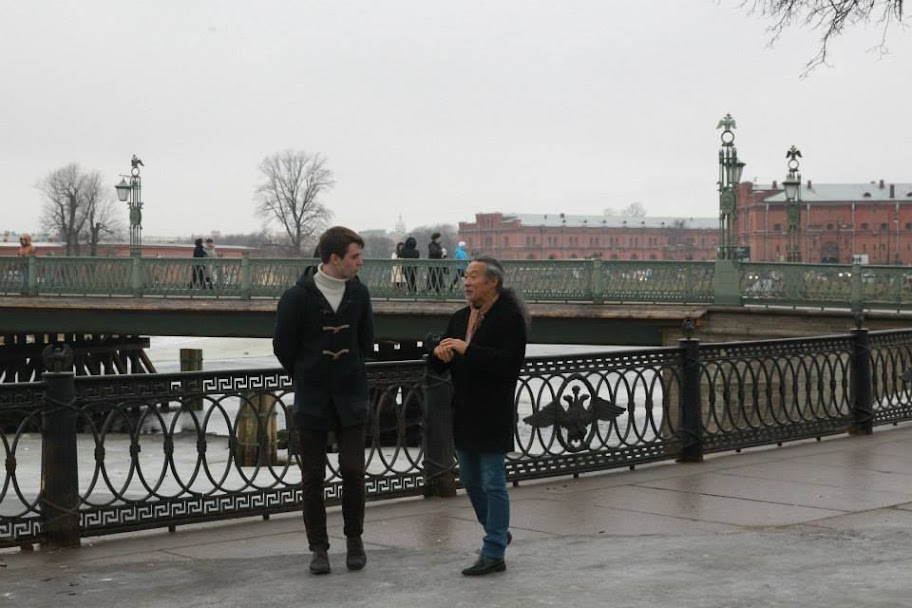 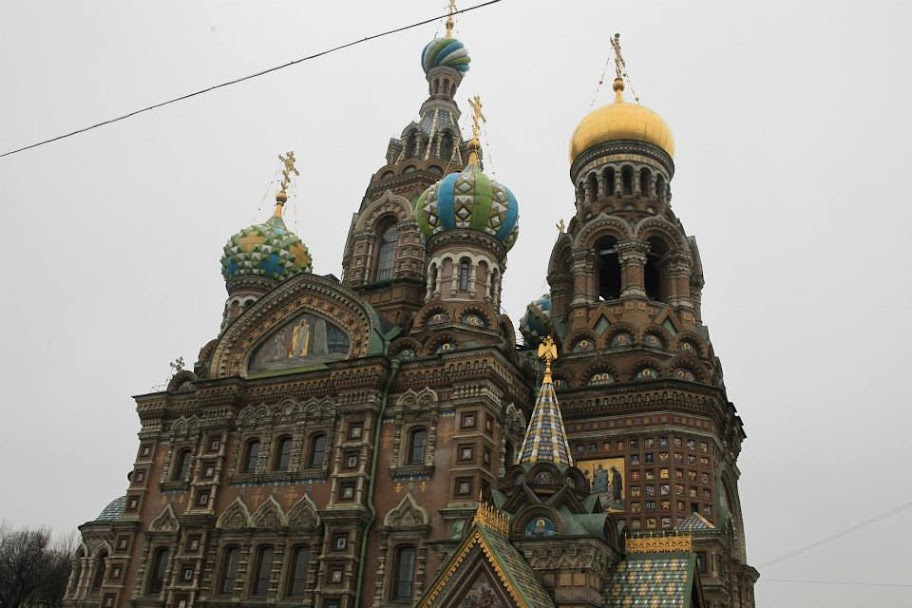 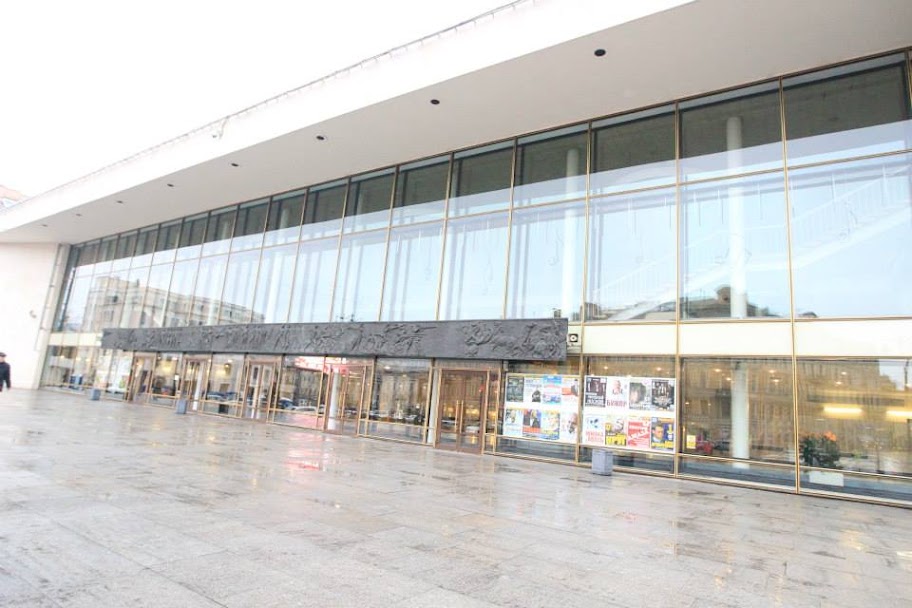 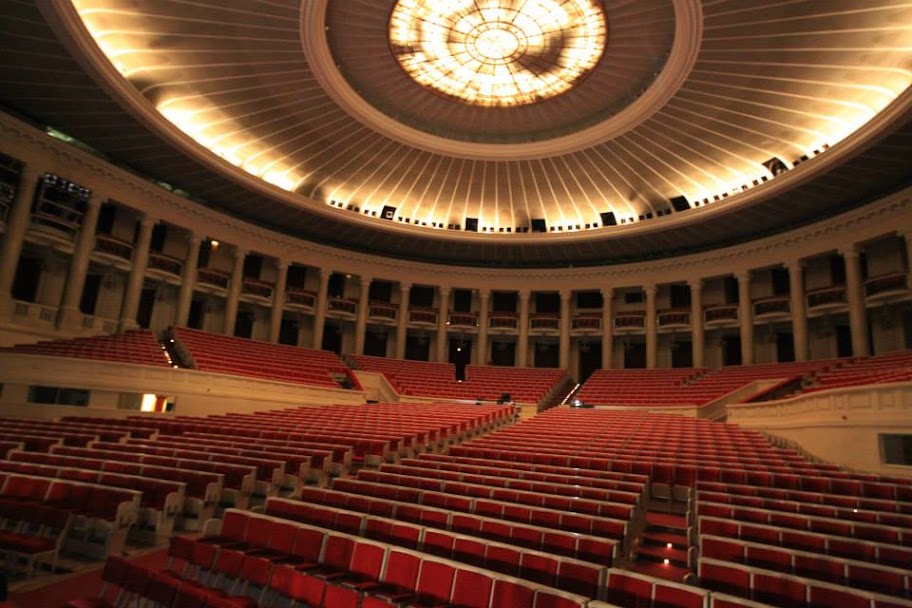 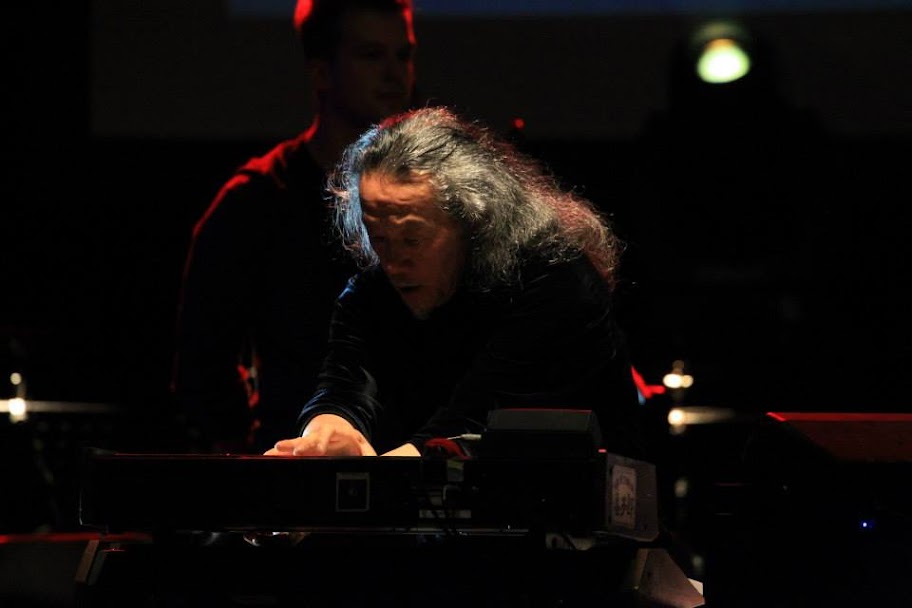 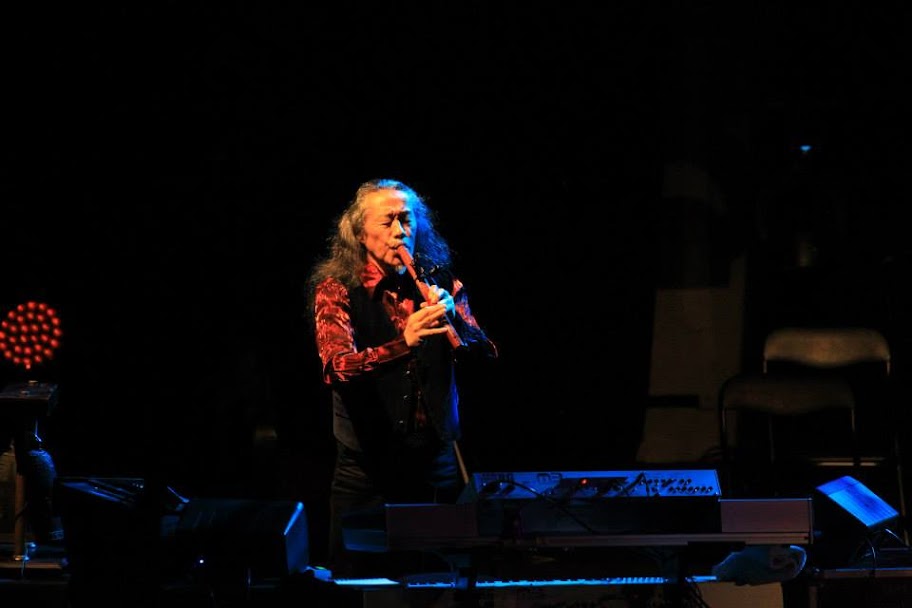 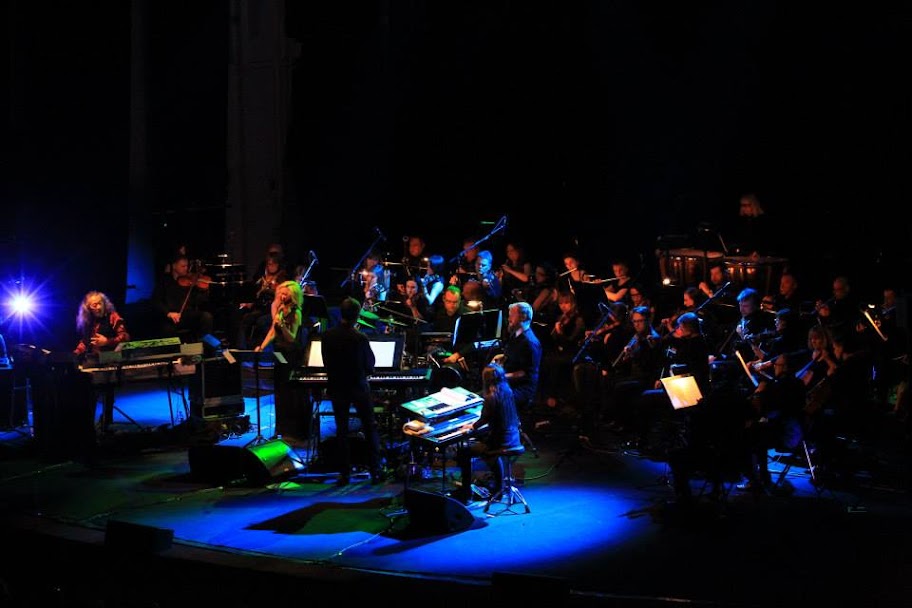 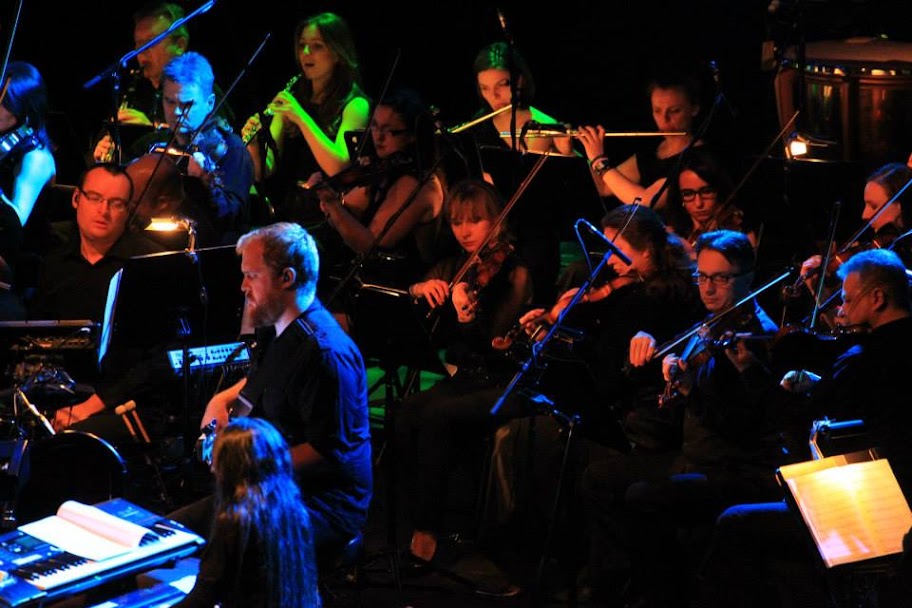 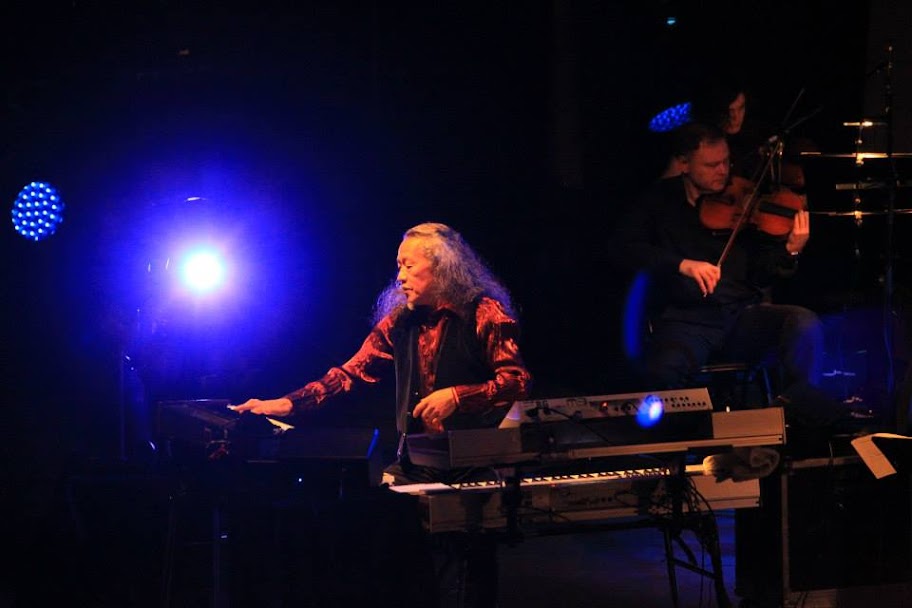 Kitaro has been creating huge buzz in Eastern Europe!

Here are some clips of Kitaro interviews by local media. 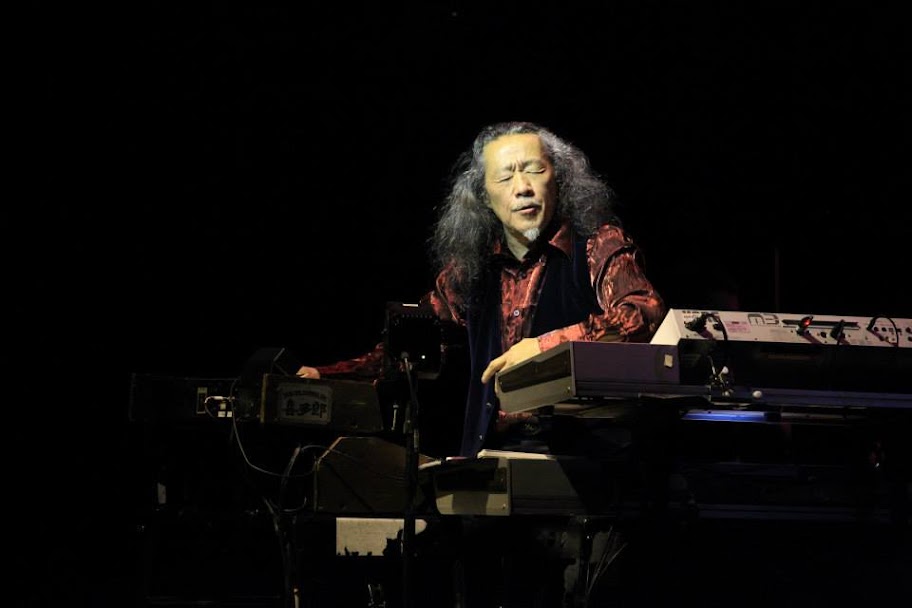 Shared the impression of the city of Baku after the amazing concert!