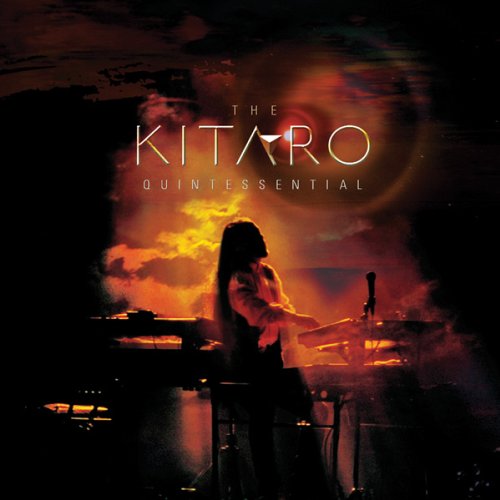 Enjoy this dramatic space and share this with your friends!


Holiday season is on its way!!

Have you got a Kitaro's album "PEACE ON EARTH" (CD+DVD) yet?

Also a perfect gift for your family and friends.

May this album bring peace to your loved ones in this holiday season! 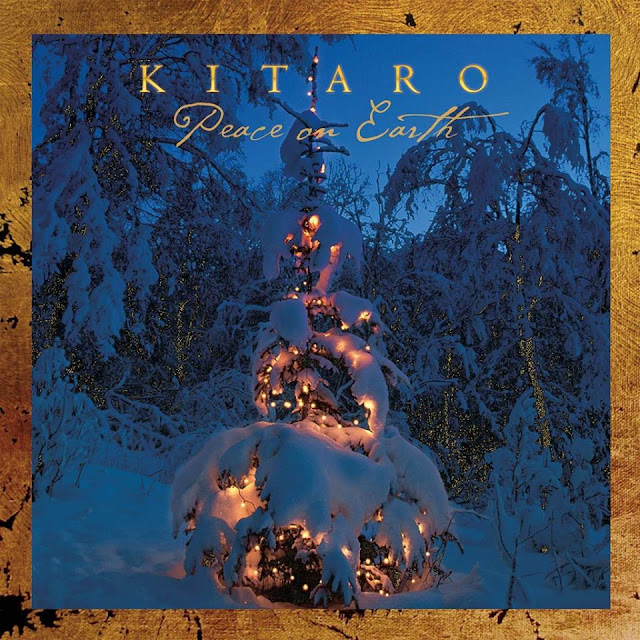 Grab Christmas Music and get ready!


Congratulations for the Grammy nomination Kitaro! Los Angeles, CA (December 7, 2013) – For the 15th time in his illustrious career, Grammy and Golden-Globe winning recording artist has been honored with a Grammy Award nomination in the Best New Age Album Category (30) for his latest release, Final Call.

Kitaro is universally acknowledged as the founding architect of new age music.

His various sound collaborations and resonant, multi-textured compositions truly defy the constraints of any genre.

The Grammy and Golden Globe-winning Kitaro has garnered global acclaim over a more than three decade long career with a signature sound and a pioneering fusion of cultures, techniques and spheres of consciousness that are truly his own.

The Grammy nominated album is a tribute to Kitaro’s lifetime reverence for Nature.

Final Call is a voyage of introspection specifically concerned about how we treat our planet.

It’s Kitaro’s assertion that the planet itself is crying out and warning us about potential serious consequences if we don’t address these global issues in a timely fashion.

In his own words, Kitaro describes his new musical work, “I have always felt we all must respect the providence of the Universe.

Unfortunately, through the course of time and the growth of civilization, many living creatures that we now know will become extinct.

If we don’t alter how we treat each other and our planet Earth, many habitats and portions of this earth may become devastated and eventually disappear.

This album is the story of an epic voyage – a voyage of hope that all living creatures can someday live happily in harmony with each other.

The story begins from where we board for departure.”


Commenting on his 15th Grammy nomination, Kitaro said, “I’m extremely pleased to have my new album “Final Call” recognized as one of the Best New Albums released this past year.

I thank the Recording Academy for and the NARAS voters for their validation of my work.”

President of Domo Music Group, Eiichi Naito added, “2014 will be an exciting year for Kitaro.

Along with his upcoming 2014 Symphonic World Tour, this Grammy nomination for Final Call and Grammy Award ceremony will be a highlight for us all at Domo Music Group and Kitaro, as well.”

Dino Malito, Vice President at A&R for Domo Music Group concluded, “Speaking for myself and the entire Domo Music Group creative team, I can honestly say this is a wonderful tribute to the hard work of us at Domo and reflects Kitaro’s dedication to always delivering quality and expertly crafted projects.

The 56th Grammy Awards will take place January 26th at The Staples Center, Los Angeles and air live on CBS.

Simultaneously, in a first for the decorated musician and composer, Kitaro will perform in Eastern Europe with a full-orchestra on his “Kitaro’s 2014 Symphonic World Tour.”


More details about tour will be announced soon.

Only 11 days until Christmas!!

Need music for your christmas?

The Symphony performs with the world-renowned “founding architect of New Age music” at an 8 p.m. performance that benefits Sonoma Land Trust, Everybody is a Star Foundation and the Santa Rosa Symphony’s educational programs.

Audiences can expect orchestral arrangements of Kitaro’s most memorable music from Silk Road and Kojiki.

The concert will have no intermission.

Kitaro performs with a small ensemble that includes his wife, Keiko Takahashi, on keyboards and special effects, and with the Santa Rosa Symphony orchestra under the baton of Kitaro’s music director Stephen Small.

Only 5 days until Christmas!

Get yourself a Christmas Gift!!

What about...a ticket for Premiere Performance with Santa Rosa Symphony ??

Concert will include performances of Kitaro's most memorable music from Silk Road and Kojiki.


KITARO
For over a quarter century, Kitaro has been an internationally- recognized icon, globally acclaimed composer and musician. He’s one of the founding architects of the New Age music category and movement. Influenced by American rock and R&B, his pioneering fusion of electronic artistry, traditional Japanese forms, and pop-inflected Western idioms created a lush, harmonic, and poetic sound that won the now legendary artist a huge international following.
After several years in the Japanese music group Far East Family Band, Kitaro became a solo artist in 1978, and released his first album entitled Astral Voyage. In 1980, he created the theme song for Japanese national TV broadcast, NHK’s TV show featuring Silk Road. The show had enormous success and increased Kitaro’s recognition worldwide. Kitaro released the soundtrack albums Silk Road and Silk Road Vol.2. In 1984, he toured in Asia as a first-ever Japanese musician who performed in Taiwan and China. In 1985, he signed worldwide contract with Geffen Records. In 1987, Kitaro created the Grammy-nominated The Light Of the Spirit a collaboration with Grateful Dead drummer Mickey Hart. This album exceeded two million dollars in sales in the U.S. alone.

Kitaro considers his album Kojikione of his finest efforts. Nominated for his 34th Grammy, Kojiki reached the Billboard Top 200 Pop Charts at #159, an amazing feat for an album in the New Age genre. The album also became #1 Top New Age Album for 8 weeks.
In 1992, Kitaro released transcendent Dream, a collaboration with Yes’s Jon Anderson. After release, this was another Kitaro hit and Kitaro was nominated for another Grammy. Working with acclaimed director Oliver Stone, in 1994 Kitaro won a Golden Globe Award for his Heaven & Earth Original Soundtrack. That same year, Kitaro signed with Domo Records and received Grammy nominations for 1994’s Mandala and 1995’s An Enchanted Evening.

In 1997, Kitaro produced music for the Broadway production “Cirque Ingenieux” and released the original soundtrack. The following year, Kitaro’s soundtrack album “The Soong Sisters” received Best Original Music Award from the Hong Kong Film Award as well as the Taiwan Golden Film Festival and Award. In 1998, Kitaro was invited to become an Olympic musician and perform Taiko Drums at the closing ceremony of Nagano Winter Olympics.

In 2000, Kitaro’s Thinking Of You won a Grammy for Best New Age Album. Kitaro credits this Grammy to the philosophy that fundamentally, at its heart, his music is always about sending a profound message of peace and spiritual development, both personally and globally.

In 2007, Kitaro launched his “Love And Peace World Tour.” He has performed in The Philippines, Taiwan, Malaysia, Indonesia, Singapore, Thailand, Greece, India, Japan, Hong Kong, Mexico, China, Jakarta, and Uruguay in order to help spread his goal of world peace.

His 2010 release, Impressions of the West Lake (Featuring vocalist and Chinese pop diva Jane Zhang) captured the artist’s 13th Grammy nomination and was hailed by critics as a cultural masterpiece. It was written for the modern day opera by internationally-acclaimed filmmaker Zhang Yimou. Kitaro also provided music for Japanese American documentary movies Toyo’s Camera and 442-Live with Honor, Die with Dignity by director Junichi Suzuki and released soundtrack albums.

In 2011, Kitaro started his Asian tour entitled “The Silk Road – East & West” and performed for more than 40,000 fans. Also, Kitaro participated in the event MUSE (Musicians United for Safe Energy) and shared the stage with Crosby, Stills & Nash, Jackson Browne, The Doobie Brothers and other world-top artists.

Kitaro’s 2012 project was the collaboration album, Let Mother Earth Speak with world-renowned Native American activist Dennis Banks. With a focus on world and inner peace, the unique mix of Kitaro’s music with Native American instruments along with the insight of Dennis Banks makes Let Mother Earth Speak one of the most unique marriages of musical and spoken word driven projects of this or any year.

Kitaro’s latest album, Final Call, was released in September 2013. As a homage to Kitaro’s life-long reverence for Nature, the album is a voyage of introspection specifically concerned about how we treat our planet.

Kitaro’s various sound collaborations and resonant, multi-textured compositions truly defy the constraints of any genre. This Grammy and Golden Globe-winning artist has garnered global acclaim over a more than three-decade-long career with a signature sound and a pioneering fusion of cultures, techniques and spheres of consciousness that are truly his own.

There are only 4 days until Christmas.

Share this Christmas tune with your friends and Family!

Have a wonderful Weekend!

Wishing you lots of happiness and success this coming up year!!!

Check out the nominees on Billboard Magazine!

The new poster for Kitaro's Santa Rosa concert is out!!

Found this cool ad in the Japanese newspaper!