And there is more - AVAF live again - starting in June 2020
Andreas Vollenweider & Friends - in Concert 2020
The 35th anniversary concert at the Montreux Jazz Festival on the 7th of July 2011 was the last public concert of AVAF.
After that Andreas went into a retreat and continued his work in silence.
Now the time has come to bring his passion and joy of playing back to the outside world full of energy.
What is to be expected?
The Experience (for the uninitiated):
Forget everything you ever thought you knew about the harp!
Music critics worldwide agree that Andreas Vollenweider has developed a unique instrument, a unique sound, and an unmistakable musical style.
Do not expect an ethereal harp recital!
It's more like something between chamber music and a rock concert.
You will also forget very quickly that there are only three people on stage…
The Cast:
Andreas Vollenweider's instrument is easily able to fill even the largest of concert venues with its powerful sound, ranging from ultra-deep bass tones and hypnotic grooves to crystal-clear melodies with haunting intensity.
Once more, Andreas uses his entire arsenal of instruments: his legendary electric harp,
Chinese and African harps, ethnic wind instruments and other surprises.
He moves through these musical spaces with two companions:
Young German cellist Isabel Gehweiler's performances are able to touch her audience in an indescribably consuming manner.
She, too, breaks through the sonic and dynamic limits of her instrument without the necessity of artificial effects.
Her music invariably provokes listeners to question whether it is actually the voice of a cello that they are hearing.
Every now and then, Isabel's own bell-like voice rings out and floats over her rich tapestry of sound.
Drummer Walter Keiser has been the heartbeat of Vollenweider's music since the very beginning.
His musical spectrum ranges from the subtle and finely crafted to the temperamental and furious.
Even in airy, floating passages, he manages to create a secure connection to the rhythmic ground.
Various elements of percussion as well as some tasteful programming are also part of Walter's colourful palette of sound.
The Music:
It is truly a unique world of sound:  melodic, poignant, intimate, emotional, forgiving, untethered without compromise, and fascinatingly unfamiliar.
From aching simplicity to fiery virtuosity, it is both soothing and powerful at the same time.
More than ever before, the music invites you on an inner journey, to pause and reflect and gather new strength.
Those are exactly the qualities that originally made this music world-renowned.
Along with plenty of new musical creations, on this journey we will also meet old friends.
Fragments and citations from legendary pieces of earlier albums and programs will take on new guises in this trio formation.
There is also plenty of space for improvisation; the music will be just as new and full of surprises at every performance for both the listeners and the musicians themselves.
The Sound:
Ever since the early 80s, audio professionals have always agreed that the Vollenweider sound has set new standards of excellence worldwide, also for live concerts.
Therefore, it will be especially pleasing to the audiophiles among you to discover that the original sound crew is still involved, and will once again make sure that the concerts become an unsurpassable sound experience. 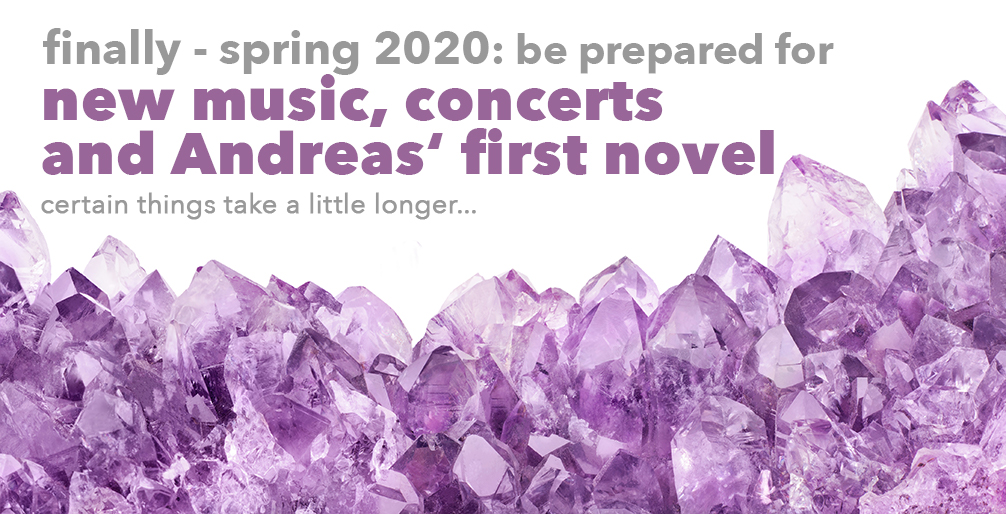 Andreas Vollenweider & Friends  will be back in spring 2020

The first album in a  series will be released in spring 2020: 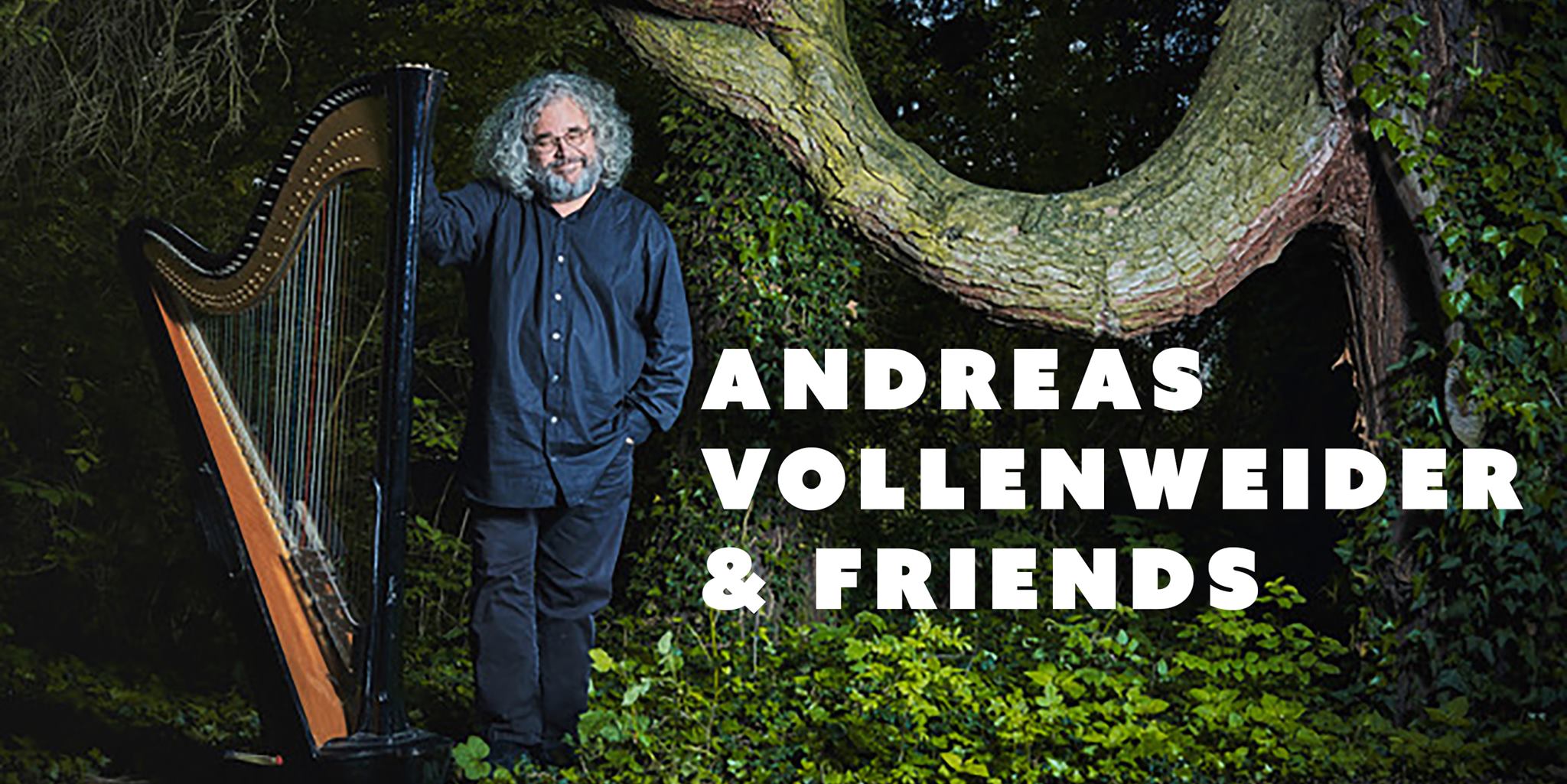 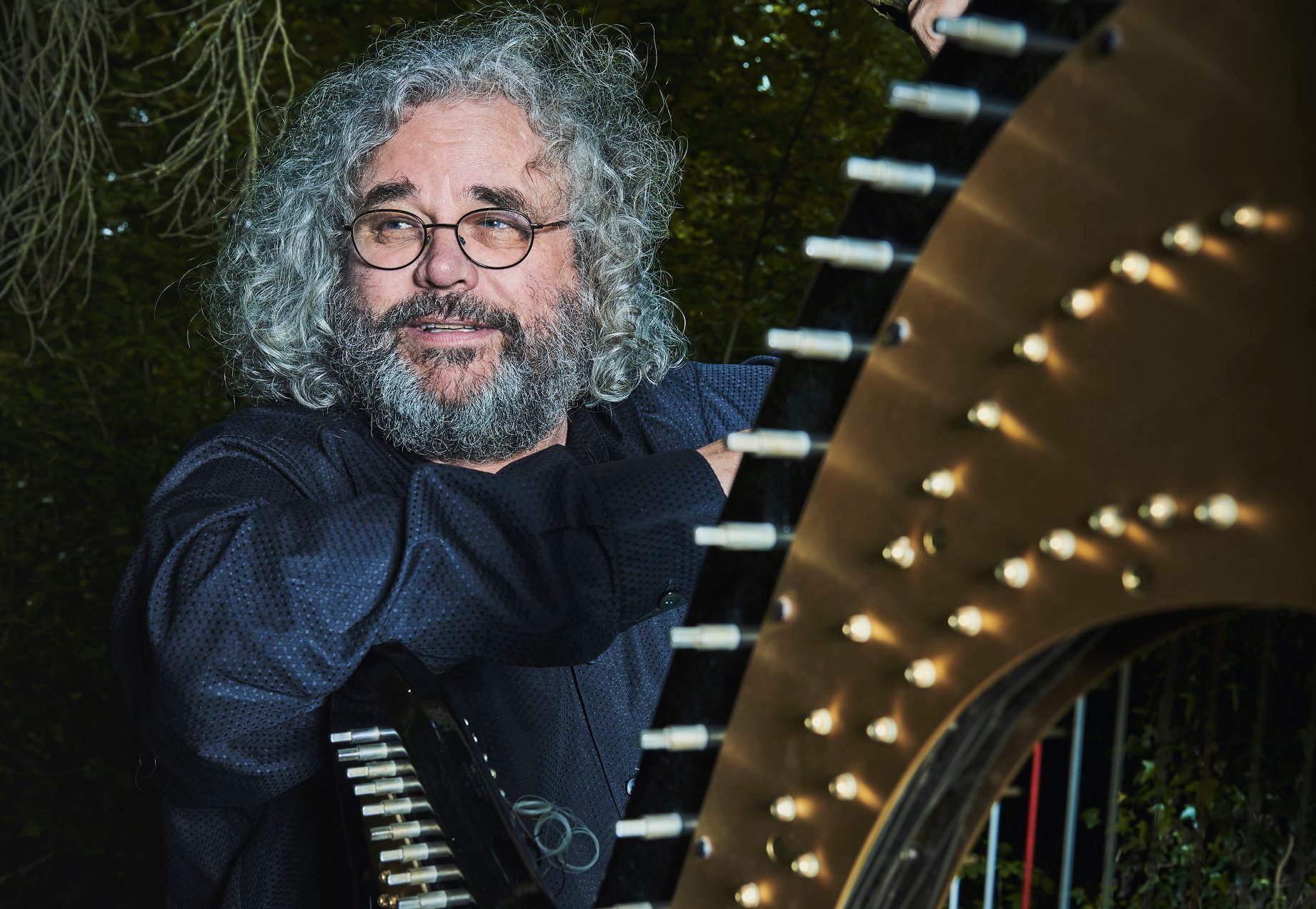 But please note: We will not be able to visit all countries and regions.

So there will be no extended tours from city to city, as there used to be, but only a few selected concerts in very special settings.

So if you would like to be part of this experience, please take advantage of the opportunities we are going to communicate on this site, even if the location might not be in your direct neighborhood. 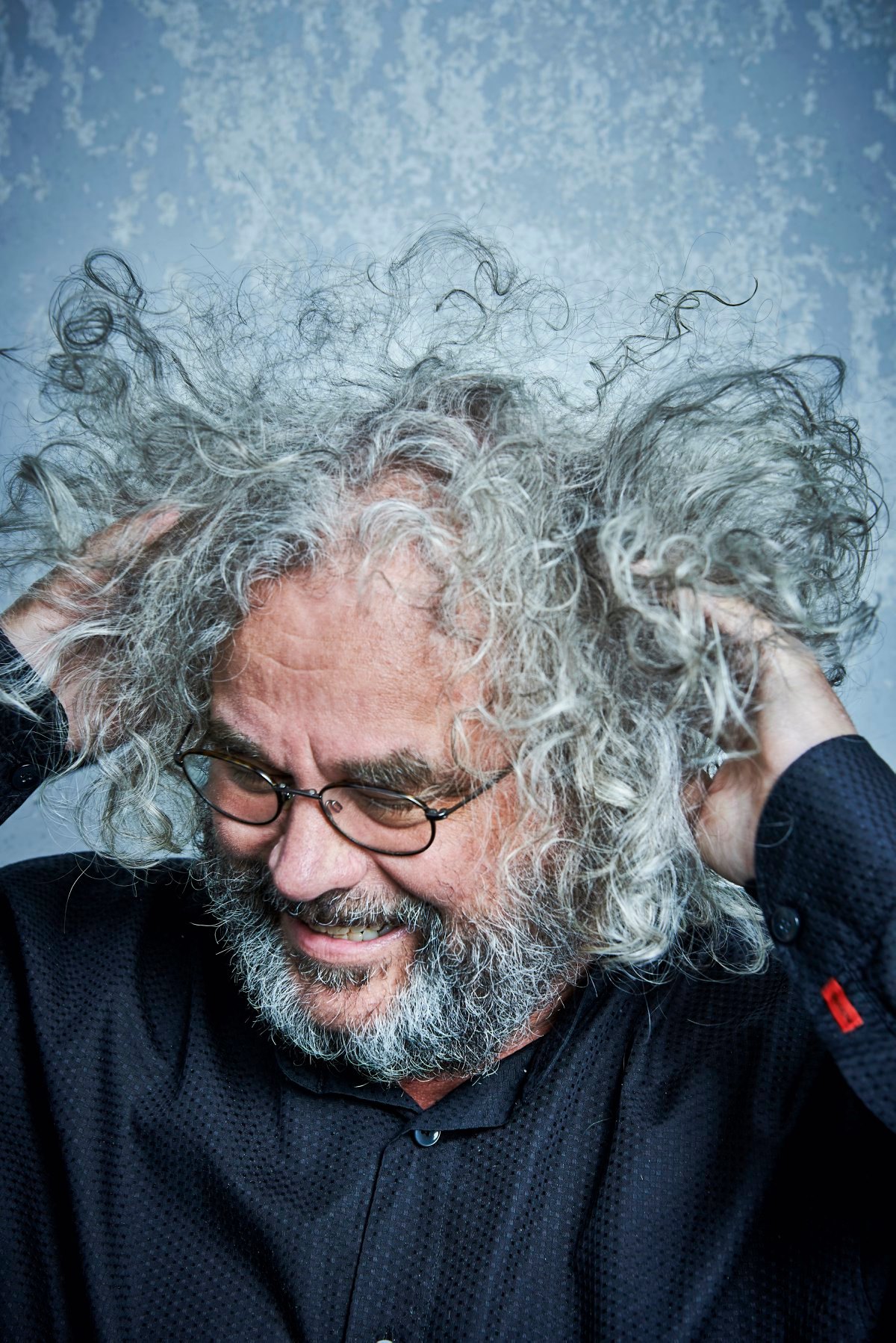 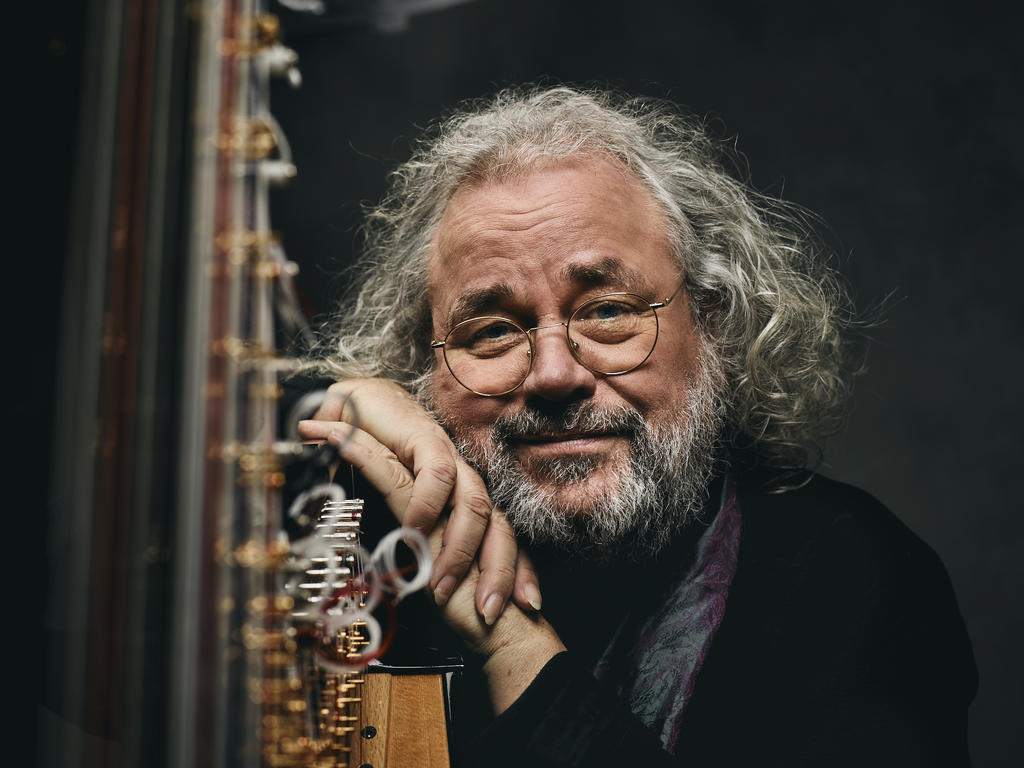 His passions: playing and thinking... 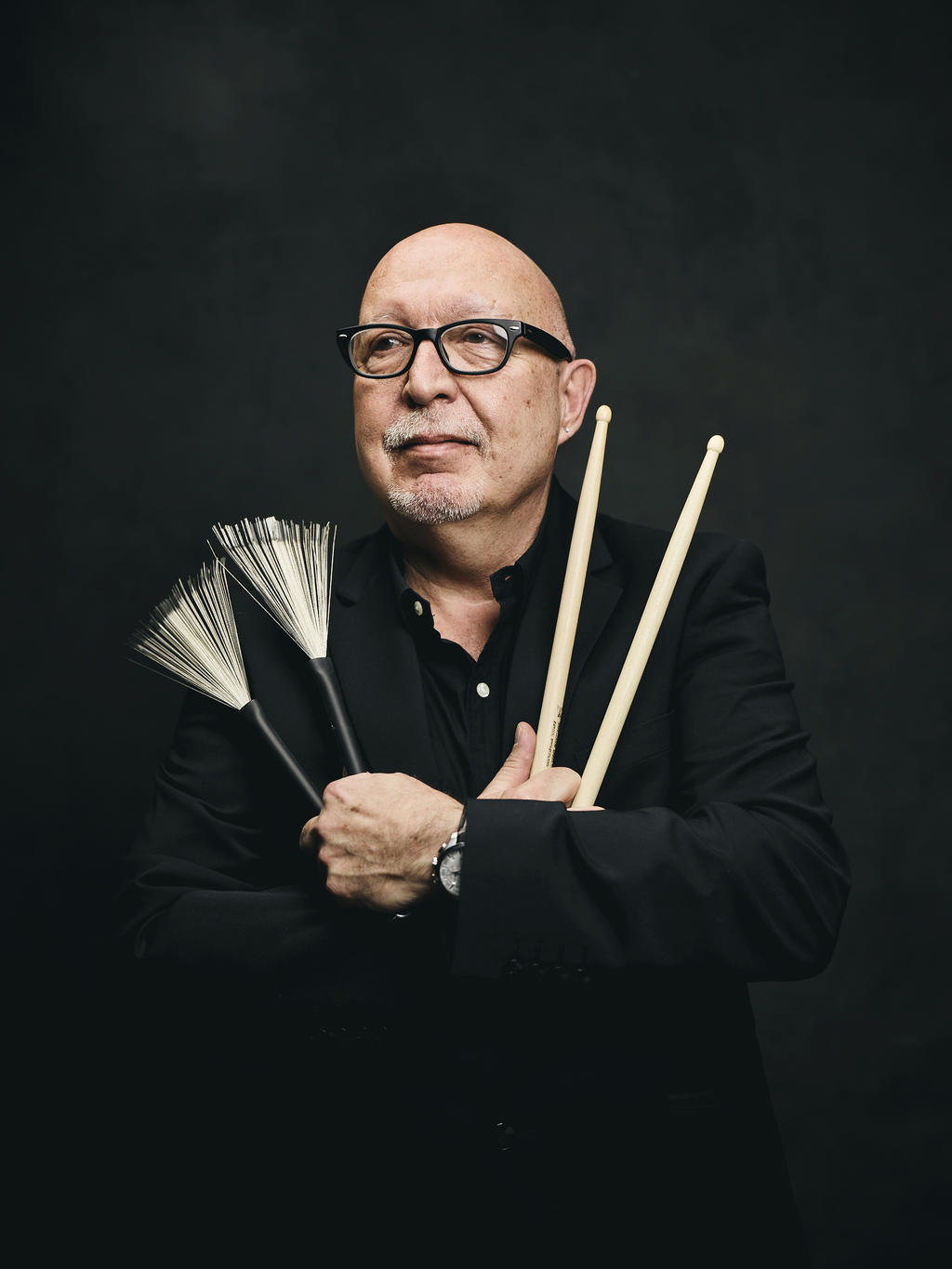 Lord of the sticks 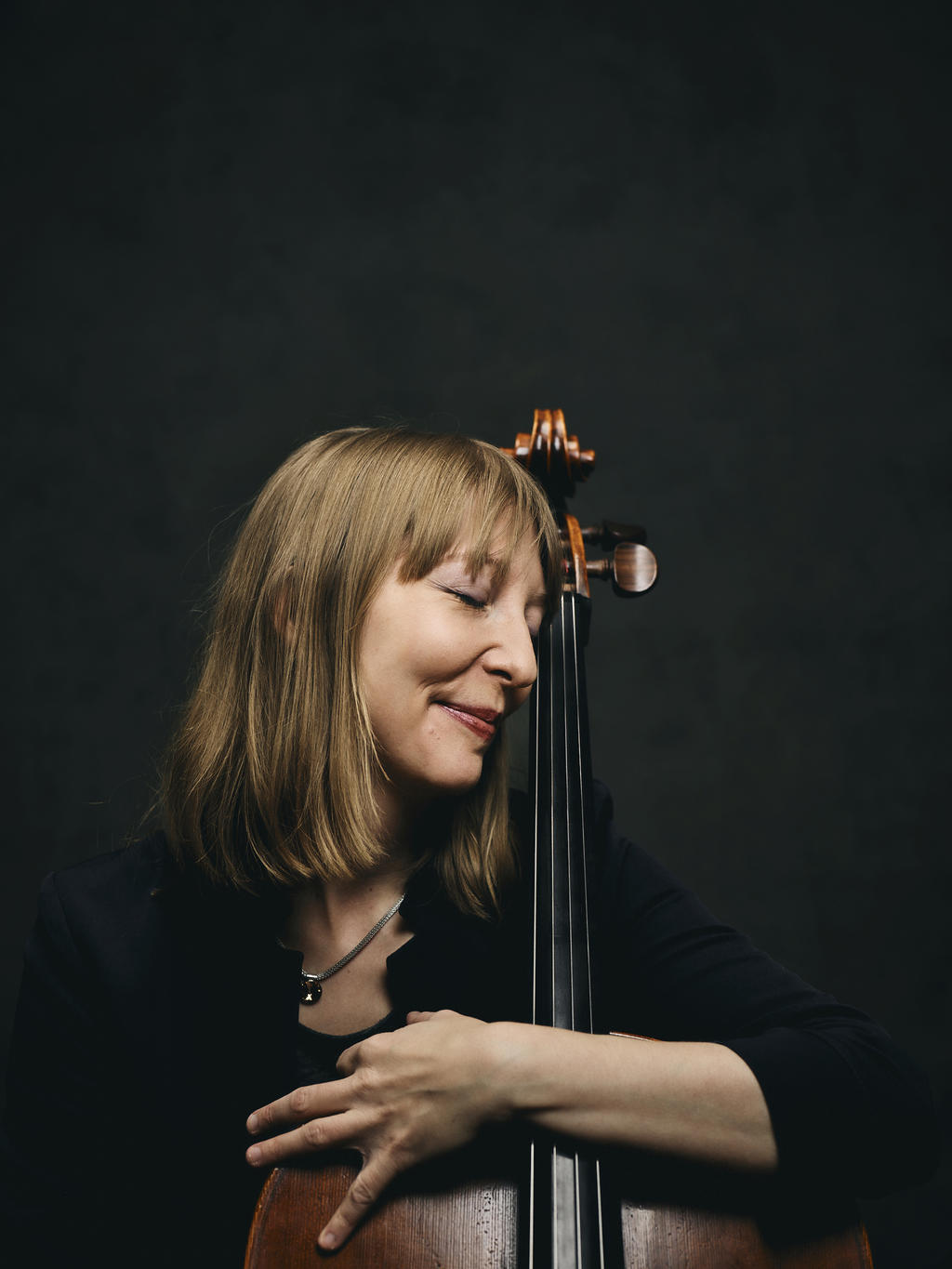 This foto best describes her music... 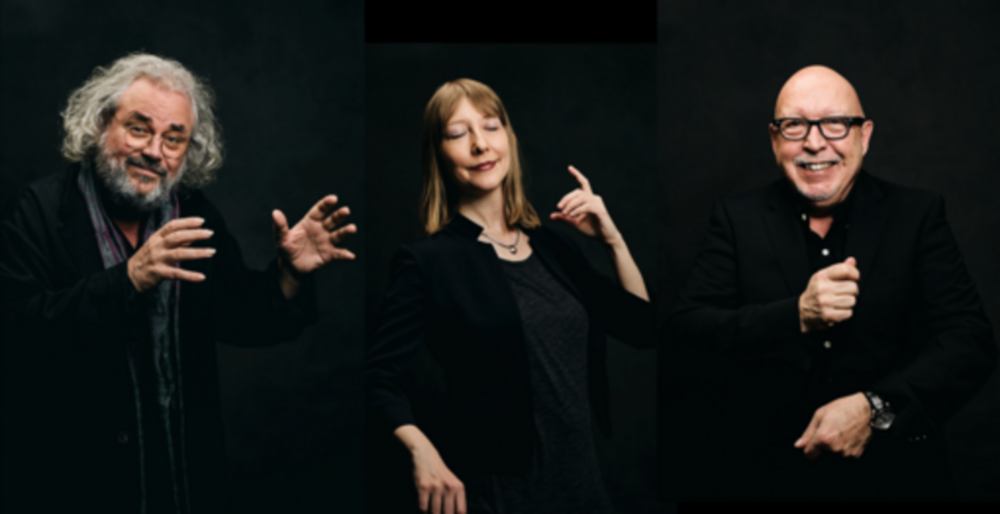 4.6. - AVAF on romantic island in the river Rhine
AVAF in picturesque scenery, a special experience!
04.Juni 2020 20:00 Uhr
Insel Grafenwerth, NRW, Germany
Tickets:  https://www.bonntick...ner&pageId=3501
Eventim: Original-Tickets bei EVENTIM!
It is truly a musical world of its own; melodic, touching, intimate, emotional, conciliatory, uncompromisingly unbound, fascinatingly unusual, from feather-light to stirring virtuosity, calming and powerful at the same time.
More than ever before this music invites you to a journey inside, to pause and reflect, to gather new strength.
This is exactly why this music became world famous.
Besides a lot of new music, we also meet old acquaintances, fragments and quotations of legendary songs from earlier albums and programs, in new appearance in this trio formation.
And since there is a lot of room for free improvisation, the music is new every day and full of surprises for listeners and musicians alike.
The new music is inspired by the story of Vollenweider's first novel, "Im Spiegel der Venus", which will be released in May. (English translation ready in the fall 2020)
Of course Andreas plays his harp and here and there the piano, the young cellist Isabel Gehweiler slips with her haunting and powerful playing "under our skin", and every now and then Walter Keiser joins in with filigree grooving drums.
Let yourself be enchanted by the unique acoustics, which are made for the music of Andreas, Isabel and Walter. 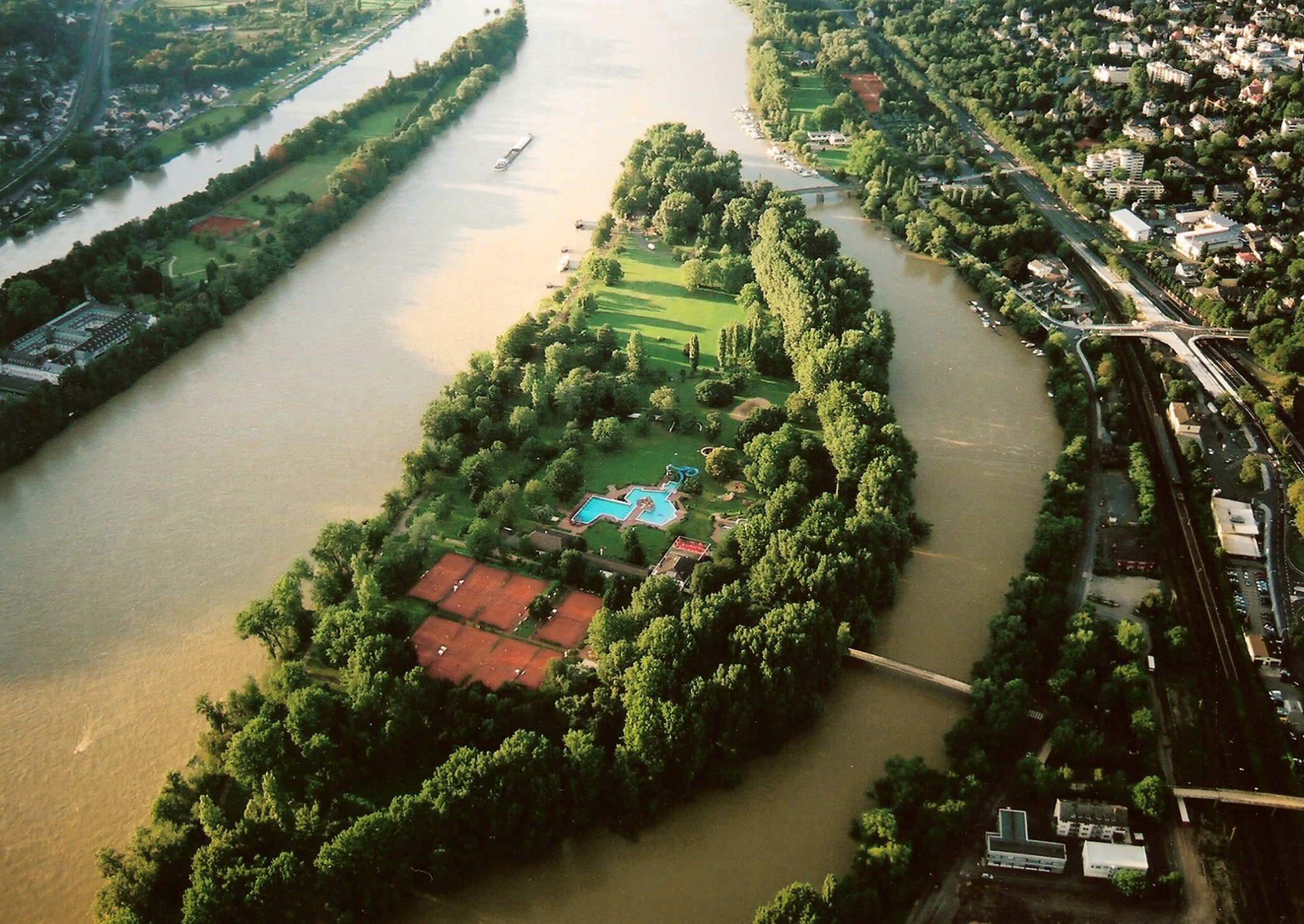